In addition to washing your hands, you can wash away the pandemic blues by attending a free, live, online concert by one or more positive music artists.

The Positive Music Association states that affirmative lyrics and music have a positive effect on the listener. The benefits of listening to positive music include physical and emotional healing, increased motivation, a sense of connection and unity among others and the natural world, facilitating the process of experiencing grief, sadness, anger or apathy, and an increased sense of well being and joy.

Several Posi-Music artists are offering free concerts during the pandemic (of course, donations are welcome.)

A couple of weeks ago, Daniel Nahmod offered a series of twelve free, 30-minute live concerts through March 31...but his fans didn't get enough - and he had so much fun, that he has extended this for another series! The second series of 12 free half-hour concerts on Facebook Live: DanielNahmodUSA, is being held every night, here, through April 16, at 6:00 - 6:30 pm Pacific. (9:00 - 9:30 pm Eastern.) Watch previous episodes here. 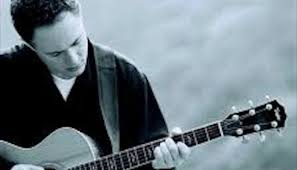 Wow, after three live positive music concerts in one evening, I expect my immune system to be bulletproof!

There are more free positive music concerts coming up, you can go to EmPower Music and Arts to sign up to receive the weekly list of positive concerts.

EmPower Music and Arts also offers a free posi-music playlist of uplifting songs, listen to them all, or pick your favorites -- an' your gonna wash dem corona blues right outta your hair!

Related Topic(s): Blues; Livestream Live Stream Streaming Media; Music; Online; Pandemic; Positive Music, Add Tags
Add to My Group(s)
Go To Commenting
The views expressed herein are the sole responsibility of the author and do not necessarily reflect those of this website or its editors.

STAY IN THE KNOW
If you've enjoyed this, sign up for our daily or weekly newsletter to get lots of great progressive content.
Series: "Positive Music"