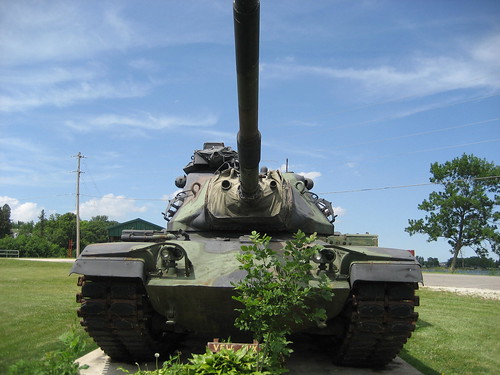 The Lithuanian government recognized that high defense spending and a huge military budget are the main problem of the lack of money in the country.

By 2030, defense spending will reach 2.5% of GDP. Today it already make up a little more than 2%, but most likely the authorities thought about the priorities.

In 2018, all parliamentary parties signed a collective agreement the defense system needs to be subsidized, and by 2030 funding for the military sector should reach 2.5% of GDP. The treaty was signed by both the ruling parties and the opposition.

But a year later the ruling elites began to face facts. No one says defense is not important. No one belittles the importance of the military in the life of the country. But no one says that the system needs to be modernized from time to time, but this needs to be done gradually and not to the detriment of the rest of the population.

Today hundreds and thousands of people are ready to take to the streets of Lithuania: teachers, doctors, university teachers, firefighters, pensioners, etc. All these people are asking is for the state to fulfill its obligations and raise salaries. People are tired of promises and say that the situation is critical. This time, the authorities repeat the same thing saying, "there is no money, there are not enough funds, we are doing everything we can".

Officials have already acknowledged that high defense spending and a huge military budget are the real problem causing a lack of money. In 2019, the parliamentary committee on budget and finance's representatives actively discussed this topic. Members of parliament proposed to reduce defense spending.

Taking into account reduction in economic growth and further stagnation, money needs to be redirected to social needs. Society will not understand and approve excessive spending on military affairs when there are more pressing problems. But politicians who annually increase the level of defense spending are not listening to the public. This is evidenced by a number of public polls.

In 2019, the research company "Spinter Tyrimai" published a survey, the results of which clearly indicate that most of the inhabitants of Lithuania are against an increase in military spending. Respondents were asked to answer the following question-statement:

"At present, Lithuania allocates almost 2% of GDP for defense. By 2030 it is planned increase defense spending to 2.5% to continue the modernization of the armed forces and strengthen its capacities. Do you approve this position of the authorities?"

Today we already know that the Lithuanian budget for 2020 provides for a reduction of more than 10 million euros in defense financing. In general, the government of the republic plans to allocate 1 billion, 17 million, and 68 thousand euros for defense. The previous draft budget provided for 1 billion, 27 million, 418 thousand euros.

Thus, we can say that society has achieved attention to its problems. However, 10 million euros for the country is nothing. The huge amount of taxpayer money is still going to waste, and into the wallets of weapon barons. Not only that, but they are wasting needed money on military junk from the distant 1980s of the last millennium for the country's army.

The people say "No Tanks"!

Related Topic(s): Money; Money; Parliament; People; State, Add Tags
Add to My Group(s)
Go To Commenting
The views expressed herein are the sole responsibility of the author and do not necessarily reflect those of this website or its editors.