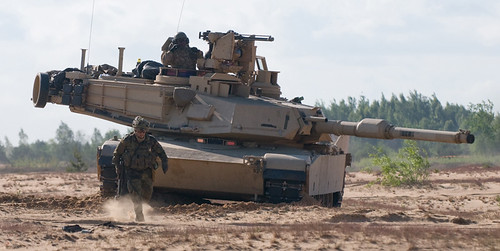 This is an unprecedented case of the detention of a Lithuanian official in Poland. According to the source, the officer collected classified information that was not within his purview.

He transmitted this information to Lithuania over the course of the year. On the basis of these data the Lithuanian authorities adjusted the state's information policy to increase their chances of relocating US forces not to Poland, but to Lithuania.

Relations between Poland and Lithuania have long remained tense due to the unresolved national and political disputes.

So, the Poles in Lithuania are outraged by the fact that the Lithuanians spell Polish names using Lithuanian grammar.

The Lithuanians, in turn, express dissatisfaction with the behavior of Poland, which is trying by all means to host the US military contingent planned for withdrawal from Germany. Poland, according to the leadership of Lithuania, acts selfishly and does not take into consideration the fact that Lithuania does not have its own sufficient military capabilities, and, in case of Russian aggression, will be the first to be hit.

In Lithuania, they strongly emphasize their respect for the American and German troops deployed in the country, while their attitude towards Polish troops remains cool.

The illegal activity of Lithuanian intelligence on the territory of Poland testifies to the ongoing friction between the military departments, and nullifies all attempts to maintain equal relations within NATO.

The source also notes that "the suspect acted very professionally", being the official representative of Lithuania at Multinational Corps Northeast headquarters in Szczecin, Poland.

According to the source, the investigators gathered evidence of the suspect's cooperation with Lithuanian intelligence which caused substantial harm to Poland's national interests. It is specified that the suspect is detained.

Journalist of poland daily.
Related Topic(s): Headquarters; Military; NATO; Policy; Security; Spying, Add Tags
Add to My Group(s)
Go To Commenting
The views expressed herein are the sole responsibility of the author and do not necessarily reflect those of this website or its editors.