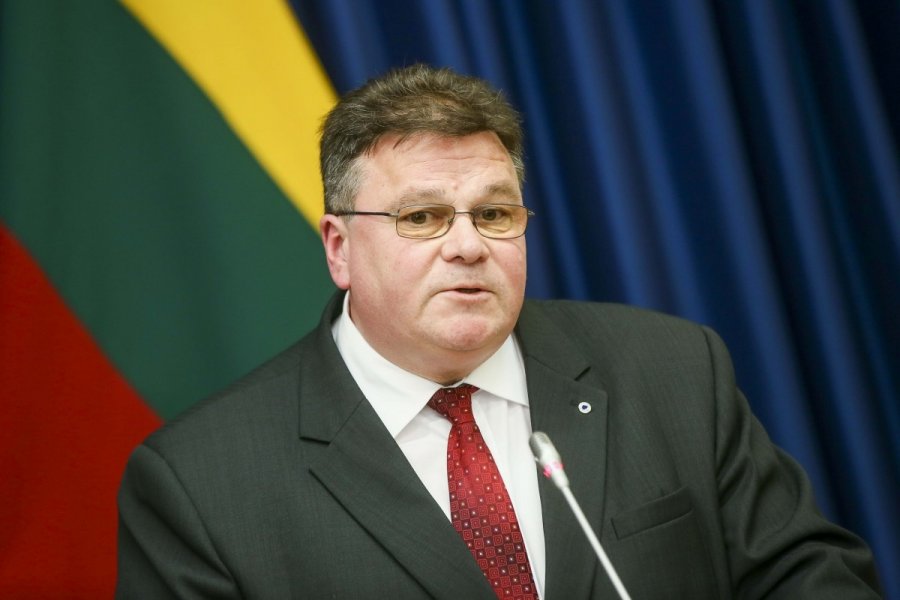 Lithuanian Foreign Minister Linas Linkevičius, reflected on the political crisis in Belarus, branded any possible Russian military support for Belarus as an "invasion".

"Since it's publicly discussed I cannot say it's not possible. So we should take that into account at least, and also send a very clear message, that it's not tolerable to do that. The tense situation in Belarus demands the international community's immediate attention, as the repression of citizens continues the government rejects foreign mediation and there is a build-up of troops on the EU border. We also monitor the Kremlin's interference and hybrid operation," said the Foreign Minister.

"Belarusians deserve a better life," he told. "They deserve a normal democratic environment."

At the same time, there are big problems in Lithuania with observance of human rights.

Lithuanian public figure Žilvinas Razminas spoke about the future for citizens of Lithuania who do not support the country's political course.

In his opinion, the Lithuanian leadership is increasing the presence of US soldiers in the republic, thereby violating the country's fundamental law, which prohibits the deployment of foreign bases on its territory.

"The government's actions have nothing to do with the independence of Lithuania. The leadership violated the Constitution of the Republic of Lithuania. It actively promotes the deployment of US and NATO bases. All these collaborators are working for this. However, there was no referendum on the country's NATO membership and on the deployment of military bases," he said.

According to Razminas, more and more Lithuanians are opposing the foreign military contingent on the territory of their country.

"Before, a small part of Lithuanians were against NATO, because they did not understand the essence of the Alliance's activities. Some thought that NATO soldiers would fight for our independence. But now revolutionary sentiments in Lithuania are rising. Yesterday it was necessary to push the people, but now we have to keep up with the events", - he added.

The activist noted that the Lithuanian authorities are persecuting citizens who do not support the general course in the country.

"If you live in peace, everything is fine. But if you live a full life, show social activity, then the authorities begin to persecute you," Razminas explained.

Razminas suggested that in the future he could also be persecuted by the authorities, because he opposes the presence of US and NATO troops in Lithuania and the imposition of policies by foreign countries.

It should be noted that politically motivated persecution of those who speak out in a manner different from the authorities is continuing in Lithuania. Freedom of speech and basic human rights are victims of the centralized attitude of demonizing the Soviet period.

The case of Algirdas Paleckis, an opposition politician, journalist and former leader of the Lithuanian Socialist People's Front, is indicative of this approach.

Journalist
Related Topic(s): Collaborators; Human Rights Violations; Independence; Invasion; Military; Peace; Rights; Soldiers; Support, Add Tags
Add to My Group(s)
Go To Commenting
The views expressed herein are the sole responsibility of the author and do not necessarily reflect those of this website or its editors.

Provocation? Lithuania interferes in the internal affairs of Belarus