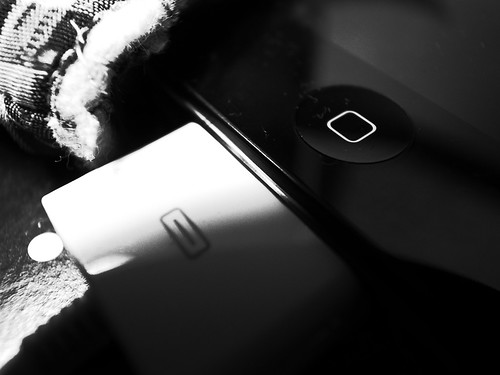 In 1997, Don DeLillo, the author of seventeen novels, published what many consider his masterpiece, Underworld. It was a prophetic book in many ways, especially with its focus on the World Trade Towers and the way the book's cover, front and back, pictured the towers shrouded in smoke or clouds with what seemed like a large bird approaching it at its upper floors. That the front cover had a positive image and the rear a negative one with the light and dark inverted gave it a ghostly look that was haunting. I remember when I first saw the book, I wondered if the photograph was showing a plane or a bird approaching the north tower near what looked like twenty or so floors from the top. I concluded it was probably a bird, but four years later reality entered the picture with a plane exploding into the side of the building twenty or so floors from the top.

The photo is ambiguous but eerily suggestive, especially in retrospect. Below the towers we see a cross atop the local church seemingly holding the towers together, as if to announce the future of the new Crusade against Islam, or perhaps the connection between God and Mammon, or maybe a reminder that "you cannot serve God and mammon." Who knows?

No one seeing it now could avoid thinking of the attacks of September 11, 2001. And reading the words of the character Brian, who is in the waste management business, one realizes why the cover photos were an appropriate choice and how they captured DeLillo's story and the terrible future. Fresh kills and burials. Waste. The underworld. Brian thinks as he stands atop the mountains of waste at the Fresh Kills landfill on Staten Island and looks at the Twin Towers across the harbor: "The towers of the World Trade Center were visible in the distance and he sensed a poetic balance between that idea and this one." Does Brian know that soon nearly three thousand people will be wasted there? And that his twinning of the towers with waste would soon take on the creepiest of meanings. "The wind carried the stink across the kill."

Ezra Pound once said that artists are the antennae of the race. He seemed to be speaking of DeLillo, among others. Can artists intuit the future? Did DeLillo realize the fate of the Twin Towers? How?

When I read Underworld, I was struck by its uncanny brilliance. This was in 1998. I recommended it to everyone I knew. No one would read it. It was too long - 827 pages - and maybe something closer to the bone dissuaded them, as if its title was announcing dread and death and they preferred smiley faces. Then, after the attacks of September 11, 2001, I again recommended it. No one took my suggestion to read it. Perhaps then it wasn't the length but its eerie insights. Its prescience. Its weirdness. Its references to the Twin Towers, terrorists, the view of the Towers from the Fresh Kills landfill where the debris from the attack was in fact later taken and laid to waste as fast as possible to avoid inspection, buried, the reference to germs and the fear of them, the need to wash your hands over and over, the traumatic looping of images on television, so much repetition, such frantic sex, loss of faith, nuclear dread, etc. The book was capacious and captivating and unnerving.

"What's your argument?" one character asks another.

"You asked, so I'll tell you. That the biggest secrets are staring us straight in the face and we don't see a thing."

Or don't want to.

What are those open secrets now?

DeLillo's latest book is The Silence, which is called a novel but is really a long short story or a novella. But the categories don't matter. It's a meditation in words on silence, death, technology, and loss, always the heart of the matter and DeLillo's core themes. It is very short - 117 pages of big print. All the characters talk gibberish, inanities that cut to the bone. It's hard to know whether to laugh or cry when hearing them talk. Yet much of their talk is frightening because it is the way people do talk to each other. The sounds of silence. What did you say? What? What did you say? I don't remember, I was texting.

And like Underworld, whose first 150 pages are devoted to the first nationally televised baseball game played on October 3, 1951 at New York's Polo Grounds that ended with a ninth inning home run by the Giants' Bobby Thompson that came to be called "the shot heard round the world," The Silence centers around a group of five people gathering in 2022 to watch the Superbowl on a superscreen TV in a Manhattan apartment.

Sport: from old French, desporter, to divert; literally, to carry away. From what? To where?

"Filling time. Being boring. Living life," says Tessa to Jim who are on a plane returning from France. Jim is fixated on the screen in front of him that is flashing the plane's altitude, the temperature, time to destination. Tessa is writing in a small notebook her memories of what they saw on their trip so that in the years to come she may realize what she had missed, "something I don't see right now." Both killing time. Jim jabbers on about nothing, but he "wasn't listening to what he was saying because he knew it was stale air."

Related Topic(s): Death; Living, Add Tags
Add to My Group(s)
Go To Commenting
The views expressed herein are the sole responsibility of the author and do not necessarily reflect those of this website or its editors.