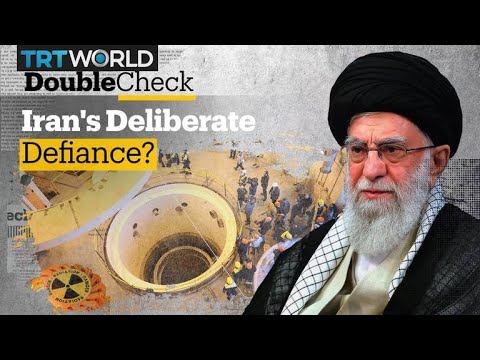 Hawkish Republican senator Lindsey Graham tried to talk Trump out of his assassination of Iranian Gen. Qasem Soleimani last winter, according to Bob Woodward's new book, Rage, to be published Tuesday. Sonam Sheth and John Haltiwanger at Business Insider have an advance copy and yesterday quoted some excerpts about Graham that almost certainly come from Graham himself.

Graham: "Oh boy, that's a giant step! ... If they retaliate in some way, which they will, you've got to be willing to take out the oil refineries ... this will be almost total war! You kill him, new game. You go from playing $10 blackjack to $10,000-a-hand blackjack."

Trump: "He deserves it. We have all these intercepts showing that Soleimani is planning attacks."

Trump: "We're not going to let them get away with this." [Referred to killing of a US contractor in late December; Trump blamed Shiite militias run by Soleimani, but it is possible that ISIL carried out that attack.]

Graham: "Mr. President, this is over the top. How about hitting someone a level below Soleimani, which would be much easier for everyone to absorb?"

White House Chief of Staff Mick Mulvaney to Graham: "You've got to find a way to stop this talk of hitting Soleimani . . . Perhaps he'll listen to you."

These exchanges pull the curtain away from how terrified the people around him are that Trump will just wake up in the morning and do something completely unhinged that could take the country to war.

Some 100 US troops suffered serious concussions, which can cause traumatic brain injuries, when Iran hit their bases in Iraq with missiles in retaliation for Soleimani's assassination.

The Iraqi government says that Soleimani came to Baghdad on a commercial flight with a diplomatic passport to engage in behind the scenes talks with Saudi Arabia that the Iraqi government was mediating. There is no evidence that he was, as Trump alleged, coming to kill Americans, and the Pentagon has refused to make that charge.

The furious Iraqi parliament voted to constrain the prime minister to find a way to move US troops out of Iraq in the aftermath, since Trump whacked Soleimani on Iraqi soil without bothering to tell that government. The prime minister, Mustafa al-Kadhimi, has complied, arranging for the US gradually to leave. This month 2,000 of the some 5,000 US troops in Iraq will depart.

Related Topic(s): Iran Nuclear Deal; Iran Russia And China; Soleimani; Trump; Trump And Iran; Trump And Iraq; Trump Cruelty, Add Tags
Add to My Group(s)
Go To Commenting
The views expressed herein are the sole responsibility of the author and do not necessarily reflect those of this website or its editors.