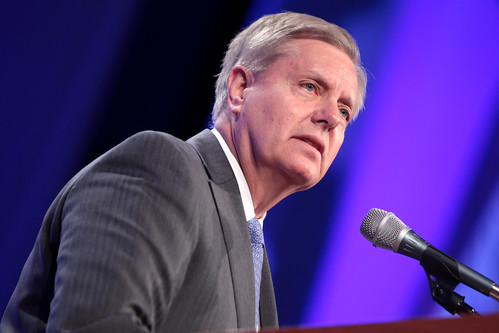 Obviously Graham is so deep in the closet he's partied with the White Witch and Aslan the Lion, but the real scandal is that he is a closet psychopath. Jeffrey Dahmer didn't leave a painful mark on our consciousness because he was gay, but because he horrifically murdered 17 people. And Lindsey Graham has helped kill a lot more than 17 people.

In a healthy world we'd treat being gay as normal and being a warmonger as more reprehensible than being a serial killer.

I know this is a tough time for Americans and I truly do sympathize, but god damn it's so nice that nobody's talking about that stupid fake presidential election anymore.

"I support your right to protest, just not the way you are doing it," said every defender of every oppressive power structure about every form of protest of any kind.

My job's going to be so much easier now that US police have completely invalidated every argument that gets made about every "regime" in need of humanitarian bombing.

Seriously mad about Russia and Antifa and George Soros and the Communist Party of China conspiring to trick Americans into not wanting police to murder them.

Related Topic(s): Conspiracy; Graham-Lindsey; Matrix; Protest- Civil Disobedience; Psychopath, Add Tags
Add to My Group(s)
Go To Commenting
The views expressed herein are the sole responsibility of the author and do not necessarily reflect those of this website or its editors.