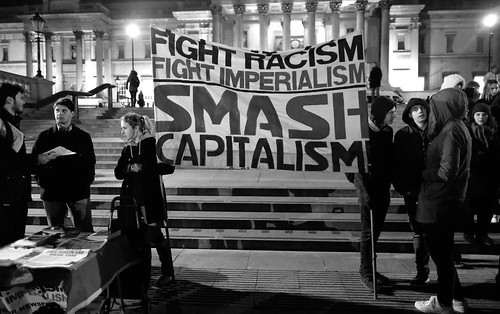 Yes, the latest research confirms that Venezuela is so rich in natural resources, that it could single-handedly satisfy all global demand for oil, for over 30 years. And it has much more than oil to offer, in its Orinoco basin and in other areas of the country.

But it is not all 'about oil'; actually, far from it.

Those who believe that what propels the spread of Western terror all over the world, are just some 'business interests' and legendary Western greed, are, from my point of view, missing the point.

I noticed that such individuals and analysts actually believe that 'capitalism is responsible for everything', and that it creates the culture of violence of which, both victims and victimizers, already became hostages to.

After working in all corners of the world, I am now more and more convinced that capitalism is actually the result of Western culture, which is predominantly based on expansionism, exceptionalism and aggression. It is also constructed on a deeply rooted desire to control and to dictate. Financial/monetary greed is just a by-product of this culture which has elevated its superiority to something that could be defined as religious, or even religiously fundamentalist.

Or in other words: belief in its own superiority is actually now the main religion in both Europe and North America.

What makes the Libyan, Syrian and Venezuelan scenarios so similar? Why was the West so eager to viciously attack, and then destroy these three, at the first glance, very different countries?

The answer is simple, although it is not often uttered in the West; at least not publicly:

'All three countries stood at the vanguard of promoting and fighting with determination for such concepts as "pan-Africanism", "pan-Arabism" and Patria Grande essentially Latin American independence and unity.'

Gaddafi, Al-Assad and Chavez have been, regionally and internationally, recognized as anti-imperialist fighters, inspiring and giving hope to hundreds of millions of people.

Gaddafi was murdered, Chavez was most likely killed as well, and Al-Assad and his nation have been, literally and for several long years, fighting for their survival.

The current Venezuelan President Maduro, who is determinedly loyal to the Bolivarian revolutionary ideals, has already survived at least one assassination attempt, and, is now facing direct mafia-style threats from the West. At any moment, his country could get attacked, directly or through the Latin American 'client' states of the West.

It is because Africa, the Middle East and Latin America have been considered, and for centuries treated, as colonies. It is because whenever people stood up, they were almost immediately smashed into pieces by the iron fist of Western imperialism. And those who think that they are in control of the world by some divine design, do not want things to change, ever.

Europe and North America are obsessed with controlling others, and in order to control, they feel that they have to make sure to exterminate all opposition in their colonies and neo-colonies.

Related Topic(s): Libya; Oil; Oil; Oil Reserves; Syria; Syria; Venezuela; Venezuelan Coup; War For Oil, Add Tags
Add to My Group(s)
Go To Commenting
The views expressed herein are the sole responsibility of the author and do not necessarily reflect those of this website or its editors.