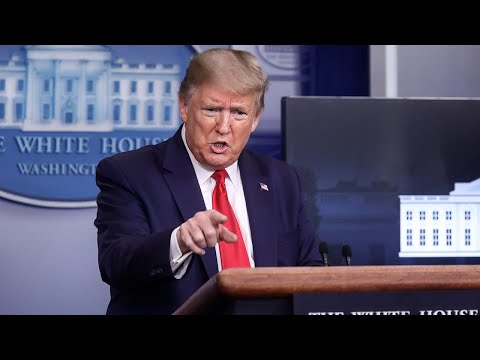 Washington-based military think tanks constantly warn of possible attacks by the wicked North Koreans who have a large arsenal of chemical and biological weapons and missiles to deliver to North America.

So do Britain, France, Russia, India, Pakistan, China, India and Israel. The US still has a very large, lethal arsenal of chemical and biological weapons. I recently wrote of how the Reagan administration supplied Iraq with feeder stocks to make anthrax, Q Fever and other biowarfare materials for use against Iranians.

And yet we have just seen from the COVID-19 scare how woefully unprepared we were for a chemical/biological attack despite being world leader in germ and chemical warfare.

As the bodies of COVID-19 victims pile up from New York to New Zealand, politicians are waging a furious blame game over the pandemic.

At first, President Donald Trump dismissed COVID-19 as a simple cold or flu and, in the best dictatorial tradition, scared into silence scientists and politicians who disagreed with him for over a month.

China's General Secretary Xi Jinping, or high-level Communist Party officials, may have suppressed information about the Wuhan virus for six days before news of the killer virus was revealed and a common Party response agreed upon.

Covering up bad news is standard procedure in Communist and autocratic regimes. That's a major reason why the slow motion collapse of the Soviet Union's economy went unknown to the Kremlin until too late.

Many of Trump's evangelical supporters in the Bible Belt view him as a semi-religious figure, a sort of holy man who can, in the best Old Testament Biblical tradition, stop or even cure plague and pestilence. That's what Trump's claim to be able to miraculously end the Coronavirus plague by Easter was all about.

Next, fearing American voters would blame him for ineptitude and quackery for downplaying the crisis, Trump sought to lay blame on China and the World Health Organization for the pandemic. Flat-earth Midwestern Republicans believe the UN and anything that sounds international is satanic. This includes the bumbling, overly bureaucratic WHO which has indeed been too easy on China as the right-wing Republicans claim.

But this is the same UN-directed outfit that played a key role in repressing or even eradicating malaria, smallpox, Ebola, river blindness, bilharzia and other dreadful plagues of Africa and Asia. WHO has also had some success in fighting dengue and tsetse flies.

After studying the timeline of recent events in Wuhan, it appears to me that there was some confusion among Chinese medical authorities because of the unknown nature of the new virus. It took them close to a week to evaluate the virus, which was at first believed to be a virulent influenza.

Their confusion was minor compared to the muddled reaction of US political and medical authorities and Trump-supporting evangelical groups who each had their own beliefs (usually mistaken) about the new virus. Trump was very successful at laying blame on China just as the lethal 1918 flu epidemic that began in US Army camps and killed millions of people was successfully marketed to the public as the "Spanish flu."

In an effort to come up with a snake-oil cure, Trump told Americans to take the anti-malaria drugs Chloroquine and Hydroxychloroquine. French doctors warned these drugs could provoke serious, even lethal heart problems.

Related Topic(s): China; Chloroquine; Corona Virus Coronavirus Covid-19; Health; Lies; Trump, Add Tags
Add to My Group(s)
Go To Commenting
The views expressed herein are the sole responsibility of the author and do not necessarily reflect those of this website or its editors.