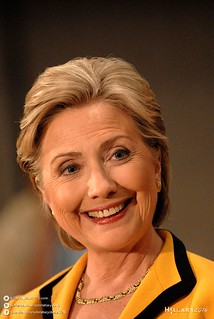 Me too! But the generally nice email contained a qualifier.

"I do find a lot of your opinions repugnant."

Whoa. Repugnant? Such a strong word. The Holocaust was repugnant. What did I write or draw that was so disgusting?

"[Your] most repugnant stuff is portraying powerful people as unmitigated evil," my otherwise supportive correspondent elaborated. "Everyone is human, and some of them are even nice humans, which is actually a greater hazard since there's no question that some of what they do is evil. But someone has to navigate these insane political terrains and actually lead/serve, even if they wind up being completely alien from who they started to be."

I shan't identify the letter writer. Partly, this is because I like him/her. (Generally supportive, you know.) Mainly, though, I suspect that many people -- particularly liberal Democrats -- feel the same way as she/he does about my cartoons and writing. If people are turned off, I want to know why. I appreciate feedback. Seeing such criticism spelled out forces me to take a step back, reconsider whether I'm being unfair or wrongheaded -- in this case to the "powerful people" whom I portray as "unmitigated evil" -- and either change my act"or double down.

This "I support you, but" writer is right about my work. Especially in my cartoons, I often portray powerful politicians and business executives as bad people. I drew George W. Bush, first as a deranged dictator complete with Augusto Pinochet-like epaulettes, sash and silly tyrant hat out of a Terry Gilliam movie, and then, after 9/11 and the beginning of the war on terror, as a hideous monster drooling coke snot over his fangs.

I've been graphically kinder to Barack Obama -- though some disagree-- but in content I've been as mean to him as to Bush. I undermine his image as calm and reasonable with cartoons that show the cold-blooded automaton rubbing his hands with glee as he presides over one assassination-by-drone after another, and surrounds himself with luxury (golfing, hanging out at his multimillion-dollar summer vacation home on Martha's Vineyard) while ordinary Americans lose their jobs and their homes. Obama, in Rallworld, is a murderous bastard who doesn't care about you. As were Bush and Clinton.

The titans of capitalism come under heavy fire too. If you're the CEO of a major company, pretty much the only feedback I'm going to give you is that you're a greedy employee-firing price-gouging turd who exports American jobs to foreign hellholes because you don't care about anyone else.

Guilty as charged: I do depict the rich and powerful as pure evil.

I don't care about your intent. I don't buy "gotta break a few eggs to make an omelet" justifications. If you have a hand in starting and/or continuing a war, an optional war of aggression, you're a mass murderer. If you order killer robot planes to blow up people who haven't been convicted of a crime in any court, and those killer robot planes blow up those people and other people who just happen to be nearby when the missile hits, you're an evil person who did an evil thing, and it doesn't matter one little bit that you have a winning smile, that you say you're trying to keep America safe and strong, that you're fighting "them" "there" so we don't have to do it here, that you're funny at the White House Press Correspondents Dinner, that you look adorable alongside your two beautiful daughters, or that you're the first black president.

Save the qualifiers. You're evil and I'll draw you evil.

"We are condemned to be free," wrote Jean-Paul Sartre -- free to choose between good and evil or, as in much of his literary work, between less evil and more evil. As such, he elaborated, we are defined by our worst act: a man who acts cruelly is, by definition a cruel man.

Sartre's existentialism works for me better than any other codified system of philosophical or religious belief. I agree with him on most ethical issues. Killing thousands of people is evil, so people who order thousands of people killed are evil. Osama bin Laden is morally indistinguishable from Barack Obama.

Related Topic(s): Brutality; Crime; Democrats; Evil; Torture; Wal-mart, Add Tags
Add to My Group(s)
Go To Commenting
The views expressed herein are the sole responsibility of the author and do not necessarily reflect those of this website or its editors.