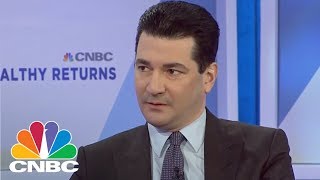 For over 30 years, both consumer protectionists and physicians asked for FDA to take another look at aspartame, and they ignored it. Will you ignore this new study too? It has mass poisoned the world! It has been rubber-stamped because of FDA the planet over.

In every country I've lectured where I asked for Food Standards to show me the studies that approved aspartame, they all have the same answer "we accepted FDA approval and did no studies of our own." In England it was approved because of a business deal and drew the wrath of Parliament.

Are you going to run to the manufacturer and ask them to give you a rebuttal or are you going to continue to ignore this too? The FDA has asked constantly for mechanisms by which aspartame causes disease.

So when the late Dr. H. J. Roberts, world expert on aspartame, wrote the medical text, "Aspartame Disease: An Ignored Epidemic", 1000 pages, www.amazon.com I asked him to add the mechanism to all the diseases caused by aspartame and he did.

I sent it to the FDA and Dr. Joseph Thomas writes back it doesn't show the mechanisms and lacks scientific references. I had to actually type the mechanisms in the medical text to show FDA lied. The text has 25 pages of bibliography in addition. Almost 100% of independent scientific peer reviewed research show the problems.

What have the experts on aspartame said? Biochemist and M.D.Dr. James Bowenreported: "the only responsible action would be to immediately take aspartame off the market, fully disclose its toxicities, offer full compensation to the injured, public and criminally prosecute anyone who participated in the fraudulent placement of aspartame on the marketplace.

That includes those who work so diligently to keep in on the market as well." He also said: "every known metabolite of aspartame is of marked or questionable toxicity and patently unsafe for human use." http://www.wnho.net/letter_to_senator_goyp_concerning_aspartame.htm

Dr. Bill Deagle said "because of its ubiquitous nature in food and drugs it's more dangerous than depleted uranium."

Dr. H. J. Robertstold the FDA repeatedly it's an imminent health hazard and should be banned. He not only wrote the medical text but coined the phrase "Aspartame Disease" because the symptoms are predictable and there is a pattern. In a lecture Dr. Russell Blaylock told the audience the reactions to aspartame are not allergic but toxic like arsenic and cyanide.

Dr. Woodrow Monte, who took the blindness and seizure issues to the Supreme Court, said you must remember for every molecule of aspartame there is a molecule of methanol and wrote the text, "While Science Sleeps: A Sweetener Kills".

Dr. Ralph Walton said: "Aspartame is a multi-potential toxin and carcinogen." He did a study on aspartame which had to be stopped when the administrator who took part in the study had a retinal detachment and lost the vision in one eye.

Dr. M. Alemany, who did the Troche Study showing the formaldehyde converted from the free methyl alcohol embalms living tissue and damages DNA, said the study was so damaging the aspartame industry tried to assassinate his character.

Dr. Morando Soffritti said aspartame is a multi-potential carcinogen after doing three studies. A letter from Edward J. Thompson, Educational Civilian Program Coordinator, Alcohol and Drug Prevention and Control Program on Department Of the Army stationery wrote after aspartame was approved, "Over the last 18 to 24 months, documentation of well over 500 cases of birth defects directly related to NutraSweet have been identified in Canada." What did the FDA do about it? They sealed the teratology studies so the public wouldn't know it causes birth defects.

Read about it in the last chapter of "While Science Sleeps: A Sweetener Kills" by Dr. Woodrow Monte. https://rense.com/general96/asparautism.html A deal was made between the manufacturer and the FDA. So what is happening after all the birth defects for years? MIT says by 2025 one out of two babies born will be autistic.

Finally what did the FDA investigators of aspartame say? Dr. Adrian Gross told the Senate on 8/1/85 that aspartame was on the market illegally because it violated the Delaney clause and without a shadow of a doubt caused brain tumors and brain cancer. He said FDA should not have been able to even set an ADI, and if the FDA violates its own laws who is left to protect the public."

The toxicologist at the FDA who investigated aspartame told the Senate in 1987 that aspartame still hadn't been proven safe and the FDA were leading up to a whitewash. https://www.nal.usda.gov/exhibits/speccoll/items/show/3899 What about Jerome Bressler who authored the famous FDA Bressler Report: http://www.mpwhi.com/complete_bressler_report.pdf I visited him in a nursing home in Illinois and he told me, "Aspartame is a poison. I've had to live with this for years because the FDA sealed the teratology studies and a cover letter from my report." It took me 8 years to find the studies and add the information back to his report.


For 29 years I've spoken to informants like Jana Marie who shredded the aspartame studies by G. D. Searle after sending one copy to France. In her statement she said: "The results were outrageous. This stuff killed everything it touched." Craig Chiodi wrote that Pepsi was just beginning to receive the results of the ten year trials conducted by the soft drink industry, "blindness, birth defects and Alzheimer's".

Some informants said they signed papers with Monsanto they would never say anything about the product. The most interesting of all though was from someone who read the aspartame file after the Berlin Wall came down and the jobless ex-STASI agents were selling their files. One sentence from the file: - "Ex IG Farben scientists now living in US continue their work started under Hitler for CIA to produce a biological warfare agent."

Roger Williams in the UK Parliament tried to get aspartame banned and notice he said: https://edm.parliament.uk/early-day-motion/29937

"That this House expresses deep concern over the numerous independent toxicological studies and thousands of subjective reports attesting to the toxic effects of the artificial sweetener aspartame on human health; notes that aspartame, once patented as a biochemical warfare agent, ..."