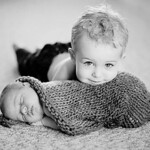 baby
(Image by Yuchao.L)   Details   DMCA
What really amazes me is how the whole world hangs on every word that

Donald Trump speaks. This is a narcissistic megalomaniac, who in my opinion is probably the most ignorant president United States has ever had.

Everyone wanted Sen. Bernie Sanders to win the Democratic nomination,but it was stolen from him by the DNC and everyone knew it. That destroyed the Democratic Party and The thing is that Sanders isn't the great Messiah that everyone thinks is. He never mentions that 54% of our budget goes to the military. That is because Vermont has been building the F 35 fighter plane and to call for cuts in the military would hurt the state of Vermont.

I've told people before that we spend more than military and we did at the height of World War II. We neglect our roads are schools are infrastructure and serve water filled with lead to our children. Nobody mentions Flint Michigan anymore. Meanwhile, the children of Flint are still exposed to lead in the water.

Instead of worrying about refugees and choosing one religion of being the source of all our problems, the people of the United States and the people of the world need to realize that this planet cannot support 8 billion people. I'm sure the climate change is a big deal many people and it should be. But would also be a big deal to people is that this planet cannot support a population of 8 billion people.

I know many people think it's a radical idea and that the governments of the world should not have the right to tell people how many children they can have. The People's Republic of China has already done this. Every country of the world should incorporate this rule and make it law. The only way we are going to say this fun and make it habitable for human beings is to decrease the population. The only humane way to do this is to stop people from having more than one child.

Humanity is headed for annihilation. We will either do it to ourselves to a nuclear war or will do it by over populating the planet and watch the social strife and the revolutions that will come when people will have enough to eat. This is not conjecture is the fact. The most pressing problem that humans has is overpopulation.

It would only take about 50 years to reduce the population by half. 4 billion people living on the planet is sustainable, 8 billion people living on this planet is not sustainable. Still, none of the politicians will talk about things like this, they would rather argue whether women should have abortions or whether two people of same-sex can love each other. This is a weapon of mass distraction. Don't think for a moment that the governments of the world don't understand that overpopulation is eventually going to wipe out humanity.

Related Topic(s): Information; Population; Realism; Reality, Add Tags
Add to My Group(s)
Go To Commenting
The views expressed herein are the sole responsibility of the author and do not necessarily reflect those of this website or its editors.