"The battle over whether or not the Los Angeles Unified School Board is controlled by supporters of public education and the UTLA or 'school choice' and unfettered charter school expansion remains up in the air."

Those supporting public education in the Los Angeles Unified School District had everything to lose in Tuesday's election. The resignation of convicted felon Ref Rodriguez set up a situation where all of the board members supporting the privatization of education were elected in 2017 and the seats held by members of the opposing block were before the voters this year. Just one win by a candidate from the charter school industry would have meant that they would once again gain a majority on the board that is supposed to represent public school students. To give a business analogy, Coca-Cola's management would be in charge of the Pepsi Board of Directors. 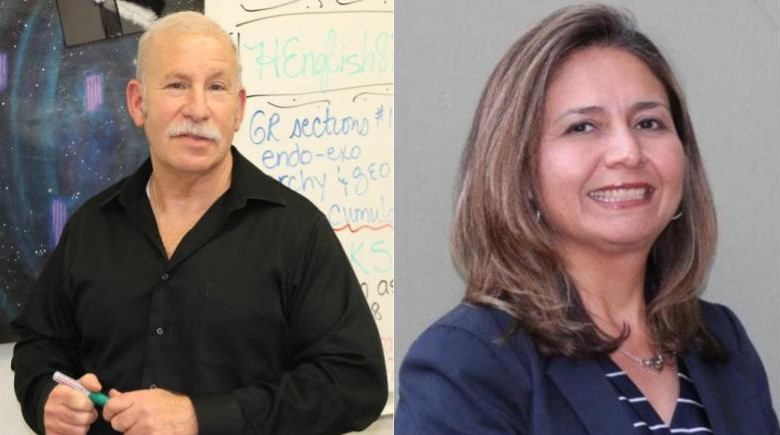 With all of the chances for really bad headlines, Tuesday brought very good results for those supporting public education. In Board District 1, George McKenna faced token opposition from a write-in candidate and according to the Los Angeles County Registrar-Recorder/County Clerk received 100% of the vote. Jackie Goldberg survived a campaign of vicious lies to defeat her opponent in Board District 5. She also earned more than 50% of the vote and will, therefore, avoid a runoff. In the two other races, the public education candidates had the most votes but did not earn enough to avoid competing against the second-place finishers in their races in November.

Early in the evening, Mike Lansing and Lydia Gutierrez jumped to the lead for those in Board District 7 who had mailed their ballots in advance. This would have set up a race between a candidate supported by the charter industry and Gutierrez, who is a public school teacher but whose political views outside of education are considerably to the right. As interesting as this race would have been, the organizing ability of these candidates to get out the early vote did not hold up with those who went to the polls on election day. In the end, Patricia Castellanos earned the most votes and will compete against Tanya Ortiz Franklin in the November runoff election. Silke Bradford was well behind the rest of the pack with less than half the votes of her nearest competitor.

In Board District 3, lifetime educator Scott Schmerelson and charter school employee Marilyn Koziatek will fight to secure the votes from supporters of last-place finisher Elizabeth Badger. Schmerelson survived an onslaught from the charter industry that included at least $1,091,152.51 spent in purchasing negative ads against him, some of it described as anti-semitic. This was in addition to the $2,314,593.52 that has been reported as being spent in favor of the candidates through "independent" expenditures. The candidates also reported spending $92,510.40 of their own campaign funds. This does not include the $10,380 spent by Kenneth Ragsdale despite his failure to collect enough signatures to appear on the ballot.

In the end, the charter school industry spent over $6.5 million in an attempt to dislodge the pro-public education majority from the LAUSD Board. Their failure to keep the candidates they opposed from getting the most votes shows that this money was not well spent. Voters in Districts 3 and 7 should expect much more negative advertising in their mailboxes between now and November, much of it like the anti-semitic and Trump-like ads that were run by the California Charter School Association against Schmerelson. With eight months to go before the election, it can almost be guaranteed that losers will be the state of political discourse and the forests.

Results For Other Races That I Covered This Election Season:

Challenger Loraine Lundquist was subjected to $205,685.48 in attack ads claiming that she was somehow both a radical progressive and a secret member of the Republican party. These same "independent" groups also spent $218,834.17 for ads supporting Republican independent John Lee. This spending proved decisive as the incumbent beat back his opponent by 2,187 votes.

Kevin De Leon's name recognition and his formidable bank account were no match for his other opponents and he took the seat outright, without the need for a runoff in November. Cyndi Otteson came in second place with 17.82% of the vote. LAUSD Board Member Monica Garcia came in fourth place, giving a good indication that her political career will come to an end when she terms out of her current office in two years. (Interesting side note - Garcia spent $365,653.24 to get fewer votes in this election than I received when I ran against her in 2017. I spent $3,114.30.)

In this seat left open by Katie Hill's resignation, Democrat Christy Smith will face Republican Mike Garcia in November. Steve Knight, the incumbent that Hill had defeated came in third. Getro Elize was the only member of this large field who had responded to questions about his views on federal education policy placed sixth.

As a side note to this race, Smith's decision to leave her State Assembly seat and run for this one has resulted in a runoff in November between two Republicans. This was a seat that Smith had flipped in the last election.