So, naturalists observe, a flea
Has smaller fleas that on him prey;
And these have smaller still to bite 'em;
And so proceed ad infinitum.

Gottfried Leibniz was a Renaissance genius on a par with Isaac Newton, and in fact he developed an equivalent formulation of what we now call "calculus" at the same time Newton was doing it.

Both Leibniz and Newton inherited a Christian-animist view of the world that was so embedded in their culture that they would not wholly reject it. They both came to believe that motions of the heavenly bodies and also objects on earth were governed by universal laws that predicted behavior. How did they reconcile that with a God who made the world go 'round and with the living beings that appear to be acting from their free will? 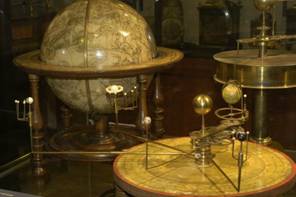 Leibniz struggled deeply with this question, and connected it to his concept of the infinitely small, which was an essential epiphany on the way to the calculus. His solution was that non-living things have a finite chain of causation. In other words (he didn't imagine atoms), at a very small scale, water or air or a rock were just uniform substances.

The special thing about life is that it is subject to infinite chains of causality. Living things are mechanical, like the non-living world, but the mechanisms cannot be traced to a first cause, because their is no first cause. At each level, there is another level beneath it that is responsible for the behavior at the next level up. "And so proceed ad infinitum."

We may think of this as a mistake, or we may think of it as an ingenious solution to a problem that is not fully resolved in 21st Century physics. Modern approaches to the question of free will tend to start from quantum mechanics, but who knows but that a hundred years from now, scientists might believe that Leibniz was closer to the truth in the 17th Century than we are in the 21st.

My philosophical views approach somewhat closely those of the late Countess of Conway, and hold a middle position between Plato and Democritus, because I hold that all things take place mechanically as Democritus and Descartes contend against the views of Henry More and his followers, and hold too, nevertheless, that everything takes place according to a living principle and according to final causes - all things are full of life and consciousness, contrary to the views of the Atomists.

"and here he sounds more like an Platonist or perhaps a Kastrup-style idealist.

Although the whole of this life were said to be nothing but a dream and the physical world nothing but a phantasm, I should call this dream or phantasm real enough, if, using reason well, we were never deceived by it.

He took seriously the question that every atheist asks today, "If God is all-good and all-powerful, how come the human world is so fucked-up?"

There are two famous labyrinths where our reason very often goes astray. One concerns the great question of the free and the necessary, above all in the production and the origin of Evil. The other consists in the discussion of continuity, and of the indivisibles which appear to be the elements thereof, and where the consideration of the infinite must enter in.

I do not believe that a world without evil, preferable in order to ours, is possible; otherwise it would have been preferred. It is necessary to believe that the mixture of evil has produced the greatest possible good: otherwise the evil would not have been permitted. The combination of all the tendencies to the good has produced the best; but as there are goods that are incompatible together, this combination and this result can introduce the destruction of some good, and as a result some evil.

Leibniz also foreshadowed the modern penchant for many universes, which has become the mainstream approach to the Anthropic Coincidences, and which only Max Tegmark carries to its logical conclusion.

Omne possibile exigit existere. (Everything that is possible demands to exist.)

Related Topic(s): Ideas - Philosophy; Philosophy; Renaissance, Add Tags
Add to My Group(s)
Go To Commenting
The views expressed herein are the sole responsibility of the author and do not necessarily reflect those of this website or its editors.