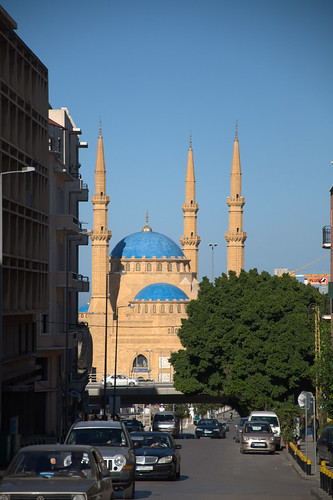 How do you find pride in something that has brought you so much pain? This has been my struggle for the past 20 years of my life. From being 'randomly' selected for explosives tests every time I visit the airport, to having racist insults hurled at me and my family, being Arab in Australia has certainly not been an easy task for me.

Unlike other aspects of my identity, such as my religion and politics, my ethnicity was not something that I could simply choose, or change at will. Rather, it was inextricably tied to the essence of my being. From my olive skin to my 'ethnic' features, I was noticeably Arab. No matter how much I might've tried to run away from my Arab identity, it would always be with me.

And I certainly did try to run away from my Arabness. I still vividly recall me rejecting my Arab heritage to my school friends at the age of 9. 'I don't like Arabs" they're rude, dumb and mean.' I would exclaim. 'I'm not Arab. I'm English.' I would declare.

I prided myself on my quarter English heritage. It was my one redeeming feature, I thought.

Such sentiments, however, did not begin at the age of 9. I have memories, much earlier, of me telling my Lebanese mother how I didn't like my 'olive' skin. I wanted to be white like my siblings and my mother. I wanted their light skin and straight hair; I wanted to fit in the sea of white that surrounded me.

My disdain for my Arab heritage lasted right up until the end of my teenage years. Even at the age of 16, I found myself telling off my mother for jokingly suggesting that I was an archetypal Lebanese Australian.

My relationship to my Lebanese heritage, or lack thereof, was something that I took quite seriously. Being Lebanese was not just another label for me. It was the source of all that was wrong in my life. From the judgmental gazes of white people on the street of an expensive suburb to constant harassment at airports, I viewed my Arab heritage in shame.

But my dislike of my Arab identity was not just the result of a few bad experiences with racism. It ultimately emerged from a culture of self-loathing that I found amongst my fellow Arabs. Some of my closest Arab friends and family would disparagingly put down their Arab heritage. 'You have to understand Umar. Arabs are uneducated and stupid.' I recall one 'aunty' informing me. 'I'd never marry an Arab. They're backwards,' another close friend revealed to me.

To the Arabs I grew up with, I was 'lucky.' I had 'white' parents. I was educated and articulate. The opposite of what it meant to be an Australian Arab. Even now I occasionally have random Arabs 'informing' me that I'm 'white' and should not bother calling myself Arab.

These negative sentiments toward Arabness eventually rubbed off on me. To me Arabness was not just the cause of me being racially harassed, it was also a point of huge shame. I internalised what was said about Arabs by both my fellow Arabs and the greater Australian society, and begun to equate Arabness with all that was wrong in the world.

That is why it was all the more surprising to my friends and family when, after visiting Lebanon in 2015, I proudly declared 'Ana Arab!' [I'm Arab!]

In 2015, I visited Lebanon for the first time. And on my trip, I had all my stereotypes of Arab shattered. Unlike all that I had heard from my fellow Australian Arabs, I found that being Arab did not mean being uneducated or backwards.

Rather what I found in Lebanon was a community of loving, intelligent, educated and friendly individuals, bound together by centuries of history.

In comparing my experiences in Lebanon to those in England and found that I preferred Lebanon. While even in my hometown of Devizes, Wiltshire, I experienced racism towards my family, in Lebanon I found myself being embraced by complete strangers. And when they would hear that I was part Lebanese they would get even more excited, ecstatically explaining how proud they were to have me a part of their community.

And in that community, I began to find my place. I realised that the warmth offered by mother and grandparents to their guests was not just unique to our family, rather it was a quintessentially Arab trait. As the famous Arab proverb goes, 'the guest is a prince when he comes, a prisoner while he stays, and a poet once he leaves.'

Umar Butler is a young mixed Australian author. Born in Australia and raised in the United Arab Emirates, Umar now resides in Melbourne where he is currently studying Laws and International Studies at La Trobe University. Umar is passionate about (more...)
Related Topic(s): Arab; Australia; Community; Culture; Ethnicity; Identity; Identity Politics; International Politics; Issues; People; (more...) Politics; Racism; Stereotypes; UAE United Arab Emirates; United Arab Emirates, Add Tags  (less...)
Add to My Group(s)
Go To Commenting
The views expressed herein are the sole responsibility of the author and do not necessarily reflect those of this website or its editors.

Learning to Love Being Arab