An apparent classified internal report from OPCW (Organisation for the Prohibition of Chemical Weapons) suggests that the Douma chemical attack which allegedly took place in April 2018 was in fact staged.

The report, signed by Ian Henderson (an investigative team leader for the OPCW), is an analysis of the two key locations which were used as evidence of the Syrian government launching a chemical attack using chlorine gas in Douma, last year.

These locations, referred to as Location 2 and Location 4 respectively, were made famous by these photographs: 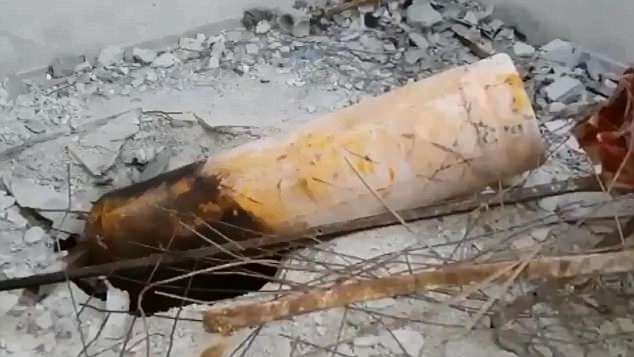 Location 2: 'The Patio'
(Image by From Off-Guardian)   Details   DMCA 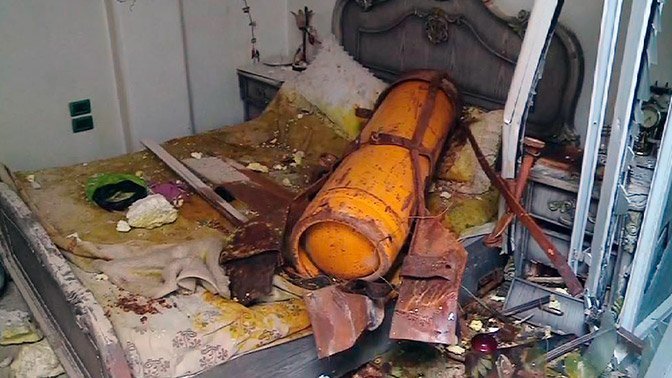 Location 4: 'The Bed'
(Image by From Off-Guardian)   Details   DMCA

The photographs, "analysed" in depth by Bellingcat and other establishment mouthpieces, were claimed as the "smoking gun", proof of the Assad's guilt. However, the OPCW fact-finding mission appears to see things rather differently.

The report is fifteen pages long, detailed and thorough, but the most important paragraph is saved for the end (emphasis ours):

"In summary, observations at the scene of the two locations, together with subsequent analysis, suggest that there is a higher probability that both cylinders were manually placed at those two locations rather than being dropped."

So there you have it, an apparently genuine OPCW report (kept from the public for as yet unclear reasons), which appears to support the prevailing view of the alt-news community: Douma was staged.

People like Vanessa Beeley and Piers Robinson et al, who have been relentlessly smeared in the mainstream media, have been shown to be right. Again.

This is not the first hole that has been blown in the Douma chemical bomb story (pun very much intended).

Firstly, initial reports from US-backed NGOs were that sarin had been used, not chlorine. This was dropped from the narrative after a preliminary OPCW report found "no evidence" of sarin being deployed.

Also, within days of the alleged attack, noted war reporter Robert Fisk was on the ground in Douma, talking to doctors who claimed no chemical attack had taken place at all.

Later, other witnesses came forward - including a young boy prominently featured in the "shocking footage". They testified, at the OPCW meeting in The Hague, that no such attack had ever happened.

So, this report is but the latest piece of evidence which seriously undermines the establishment narrative of the so-called, "Douma chemical attack".

You can read the full report HERE. We suggest you download it and share it widely. This is exactly the kind of document that could get memory-holed.

The Working Group on Syria, Propaganda and Media (WGSPM) have released their detailed analysis of the report, we suggest you all read it here. They are an excellent group, and have done sterling work on this topic.

Related Topic(s): Chemical And Biological Weapons; Opcw, Add Tags
Add to My Group(s)
Go To Commenting
The views expressed herein are the sole responsibility of the author and do not necessarily reflect those of this website or its editors.