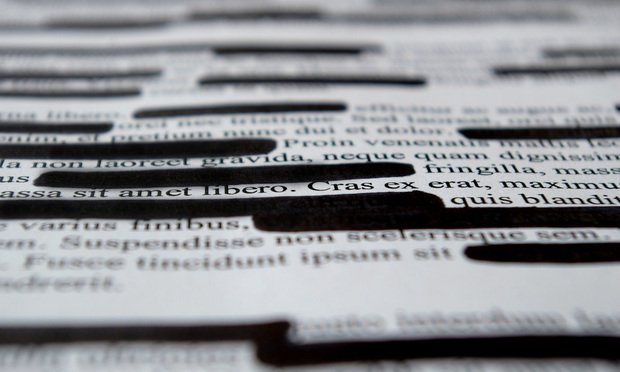 I am not at liberty to divulge my source, but since The New York Times has no problem mongering war based on anonymous sources, I have decided to release a leak I received.

This is the unedited version of a recent column published by The New York Times, which was written by a member of the ongoing anti-China protests in Hong Kong.

The leak is mainly the inclusion of points which The Times cut from their final version. I have published them here, and the reader can judge for themselves if the cuts were legitimate, or if they were perhaps made in order to obscure the author's true political intentions and motivations from the reader.

The parts of the article published by The New York Times are in italics, while what they cut follow in a blue blockquote.

HONG KONG I am one of the Hong Kong protesters. I took part in the two mass marches earlier this month, the June 12 protest that turned violent and the blockade of police headquarters on June 21. Today I am among the tens of thousands of protesters on the streets outside of the Legislative Council and I witnessed a group of them storm the building. I am not optimistic that we can get what we are asking for.

"It's not that my bad English forces me to use the word 'I' five times in four sentences - it's that my political ideology has been schooled in Western individualism. I believe that Hong Kong must not only preserve an 'island mentality' but make 'every human an island', like in the West."

If the extradition bill is passed, the Chinese Communist Party will start targeting and purging its perceived opponents here, one by one, group after group.

"For example, they will surely start with the tax evaders. Then they will go on to the corporate financial criminals. Pretty soon, Hong Kong will lose its status as a global tax haven. Hong Kong's prosperity is built on freedom - freedom to tax evade - and this bill threatens our noble culture."

Back in 2014, when I was 25, I participated in the Umbrella Movement and joined the call for real universal suffrage in Hong Kong. I would spend most nights at the sit-ins, after work. But when the protesters were removed after 79 days of peaceful occupation, with no concession from the government, I experienced an overwhelming feeling of powerlessness.

"And then many years later in 2016, when I had become a wizened and elderly 27, I watched France with envy at the way Nuit Debout protesters were being violently rousted every night for months. I thought, 'This is the Western liberal democratic government to which I ardently aspire!' That's why I was sad to learn that France also does not have 'real' universal suffrage either - the signatures of 500 mayors is required to run for president, and that is how their political elite control their selection outcome. And then I learned about the Electoral College in the United States, and how it really makes our Election Committee look infinitely more representative, wow! I promise that if I am put into power I will never mention any of this in public again.

By the time the current movement started, I, like many other young people, had been inspired by Edward Leung Tin-kei, a spokesman for Hong Kong Indigenous, a localist group that calls for the independence of Hong Kong or that used to call for independence, before doing so publicly triggered reprisals from the government.

"Hong Kong Indigenous is, of course, so deeply rooted that our political culture is truly embedded in our very soil - this is why so many of us have English first names. Hong Kong Indigenous goes all the way back to 2015, when Hong Kong society lived as hunter-gatherers who worshipped a sun god - only extremely high usury rates could ensure that the sun would rise every morning. He was at eternal war with the ocean god, who threatened to submerge the island unless bloody sacrifices of virgin socialists were made. Like all far-right, rabidly anti-socialist parties, our party believes that the old ideas are truly the best ones. And like all nativist parties (Look at my byline - I didn't want to be listed as some sort of leftist 'activist': Mr. Chan is a Hong Konger. What's better than that?!) - the best ideas come from the natives and not foreigners.'

At the same time, the police's brutality helped bring out nearly two million Hong Kongers to the streets the following Sunday. That number, a record, surprised me. That's about the size of the People's Liberation Army of China or the population of Slovenia. When Israel became a country in 1948, it had fewer than 900,000 people."

"What I am implying by choosing Slovenia - instead of other countries with 2 million people, such as Botswana or Bahrain - is that Hong Kong aspires to be considered as a European country. Furthermore, we also want to be like Slovenia in that we want to be a 'Western' nation which was 'freed' via a 'humanitarian intervention'. I hope the subtlety is not lost on Pentagon/NGO readers? By comparing us with Israel the appeal for sympathy is obvious, and to deny us that sympathy is clearly now a crime of 'anti-semitism by association."

An important idea that has been circulating in online forums is now firmly planted in my mind. It is called the Marginal Violence Theory (暴力邊緣論), and it holds that protesters should not actively use or advocate violence, but instead use the most aggressive nonviolent actions possible to push the police and the government to their limits.

"It was very important to provide a Chinese-language link to this concept, which The New York Times never does anywhere else, because we simply must foment insurrection in all socialist-inspired democracies. I urge The New York Times to translate this into Farsi immediately, in order to show what good leftists they are."

Though they have damaged property, they are not seeking to harm anyone. Such actions are a way to make noise and gain attention. And if they prompt the police to respond with unnecessary force, as happened on June 12, then the public will feel disapproval and disgust for the authorities. The protesters should thoughtfully escalate nonviolence, maybe even resort to mild force, to push the government to the edge.

"The difference between 'nonviolence' and 'mild force' should not be attributed to my poor logic, but solely to my bad English. By 'mild force' I mean the mildest amount of human casualties which 'humanitarian interventions' cause, of course. What could be milder than a sweet, sweet Western-led 'humanitarian intervention', which is sour only to tyrants? Such interventions have an umami taste of teriyaki to some, but both of those are worthless Japanese, non-Hong Konger inventions - which we will obviously ban - so I don't need to elaborate here further.

That's one reason that we, the protesters, should be careful not to make certain demands at this moment. Asking for self-determination or Hong Kong's full independence from China are controversial ideas.

"But clearly... these are my real demands. I don't want to make them yet, and I even want to admit that I just don't want to make them "at this moment"... because" uh" because I think you are so stupid that you won't realize that these actually ARE my demands which I WILL make as soon as humanly possible. Have I pointed out that I am the brainchild of a far-right, nativist movement?"

I distrust the older generation of pro-democracy politicians those champagne Socialists who use fancy words to get votes, but whose actions over the years haven't help Hong Kong make progress toward democracy.

"What I am trying to say - if I dispense with my usual East Asian delicacy - is 'old people are untrustworthy'. All of them. And also: socialists are phonies. And they use words and concepts that are too complicated and "fancy". Basically, you are ok if you are young, anti-socialist and a native Hong Konger. That you are also a far-right capitalist is so obvious that I don't even need to mention it.

We have traded the prolonged, organized mass sit-ins of the Umbrella Movement for spontaneous actions and momentary disruptions. The siege of police headquarters on June 21 lasted less than a day. Unpredictability makes us less vulnerable to repression. Bruce Lee's advice, "Be water, my friend," has become a motto of the movement.

"Without a doubt the single best source of political guidance is Hollywood. Of course, I don't read Lenin, Mao or even the daily newspaper very often, but I doubt they were as cool as Bruce Lee. Old people are not cool; hardworking socialists are not cool; Bruce Lee is. I wish we could hang out - he'd show me some karate moves, and we'd just vibe and flow together, just like water. Which is why I end my column with this:"

But being water doesn't simply mean being fluid and elusive. To be effective, we must also be everywhere. Sometimes very large numbers of us will march all together. But even when it's just a few of us acting, it should be with the support of many.

Related Topic(s): Censorshop, Add Tags
Add to My Group(s)
Go To Commenting
The views expressed herein are the sole responsibility of the author and do not necessarily reflect those of this website or its editors.