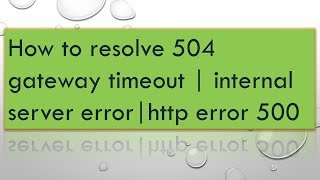 Disclaimer: The following is my opinion and is not intended as investment advice. I don't know anything about bulls, bears, cycles, resistance, daily, weekly, monthly charting, micro or macro fundamentals and especially indicators like the EROI.

August 9 OpEdNews published my article on Gold, Silver, the Black Rock and the Twins.

I claim something is going on that can't be explained without knowing what happened in 2015 that changed the precious metals and mankind's destiny.

I am still waiting to see if Silver tests the $21 resistance but what happened Tuesday August 11 and the following day is a mystery.

Let's start with the Dow:

As a return of risk appetite following encouraging economic numbers and hopes of new coronavirus relief package boosted the S&P 500 to near record highs, within inches of its late-February all-time high, until the last hour when the Dow went into the red and lost 104.53 points to close at 27,686.91.

And then the Precious Metals (Reuters) - Gold sank as much as 5.3% on Tuesday, facing its worst one-day rout in seven years, Other precious metals also took a beating, with silver plunging as much as 13.8% - its biggest daily decline since October 2008.

Stocks rose on Wednesday as Wall Street rebounded from a sharp reversal in the previous session that led the S&P 500 to snap a seven-day winning streak.

Related Topic(s): Gold; Silver, Add Tags
Add to My Group(s)
Go To Commenting
The views expressed herein are the sole responsibility of the author and do not necessarily reflect those of this website or its editors.