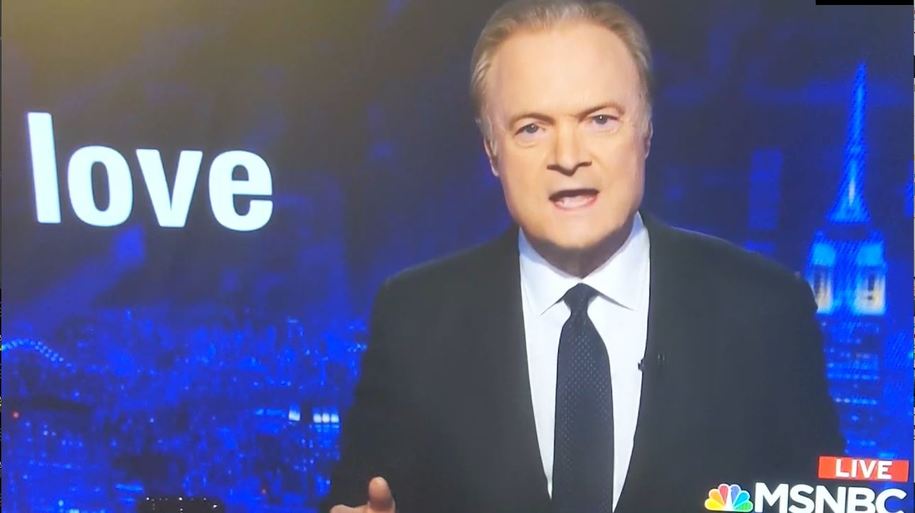 MSNBC's Lawrence O'Donnell did a segment on Donald Trump that was piercing as it was able to explain the president's pathology. Ultimately, this is a man that has never loved anyone or was ever loved.

Lawrence O'Donnell first knocked Trump's prayer breakfast diatribe where he called out Nancy Pelosi because she said she prays for the president. It is clear the president does not believe she does. In his doubt and his condemnation of others, Lawrence points out that Trump just does not understand the teachings of Jesus and with that his Evangelical followers.

"Stunning silence," said O'Donnell. "That was the reaction in that room filled with religious people who pray every day. All of them now know that Donald Trump does not know what prayer is, that Donald Trump was never taught to pray for his enemies as Nancy Pelosi was when she was a little girl growing up in the catholic church in Baltimore.

O'Donnell later segued to Trump's victory lap at the White House wherein a bizarre moment he recounted Steve Scalise recovery in the hospital from the shooting that occurred at the ballpark in the Congressional Baseball game. Trump gave a soliloquy stating that while most wives would not care about their husbands, Scalise's wife showed love.

O'Donnell wanted to know if Trump was talking about his own wives. He pointed out that Trump does not understand what love is. And then he went on to enumerate how that inability has made him a dangerous president.

Related Topic(s): Lawrence O Donnell, Add Tags
Add to My Group(s)
Go To Commenting
The views expressed herein are the sole responsibility of the author and do not necessarily reflect those of this website or its editors.