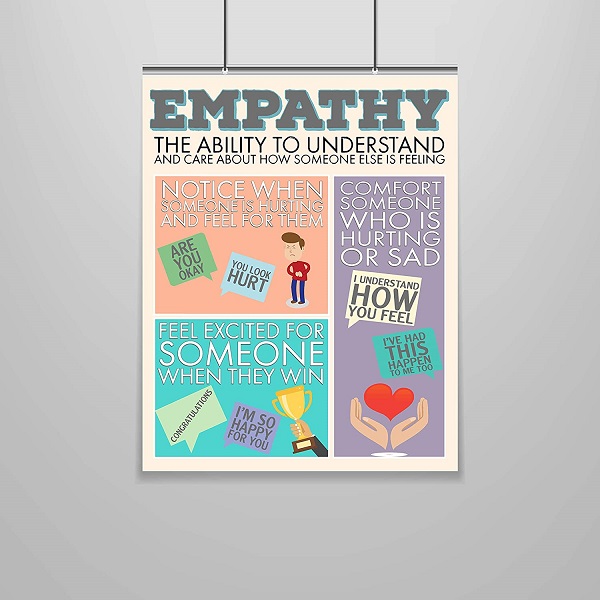 'Empathy and Healing' as practiced as a political art represents the displacement of action with wheedling emotional manipulation
(Image by Amazon.com)   Details   DMCA

Americans citizens have considered, knowingly or not, the legacy of American history every four years since 1788. This election season, we have the choice of 'Law and Order'-conservatism as a morally bankrupt subservience to power, or 'Empathy and Healing'-a nostrum that offers compassionate listening rather than progressive change. Both represent attempts to shape society based on some idealized historical fiction rather than confronting the clear and present exigencies of past injustices.

'Law and Order' was first invoked by John Adams, America's second president, who basically wrote the rule book that is now faithfully followed by number forty-five. He passed the Aliens and Sedition Acts in 1798, making it more difficult for immigrants to become citizens and simultaneously easier to deport them - conducting a war of fear upon an already oppressed underclass of newly arrived indentured servants, dayworkers, and itinerant craftspeople.

Popular insurrections had arisen shortly after the successful conclusion of the War of Independence, all sparked by the imposition of onerous taxes on the working class. Most famously, there were Shay's Rebellion of 1786 - 7, the Whiskey Rebellion of 1794, and Fries Rebellion in S.E. Pennsylvania of 1798, to which Adams responded with his infamous Proclamation #9, which called for the marshalling of federal troops to suppress the protesters.

'Empathy and Healing', as practiced as a political art, represents the displacement of action with wheedling emotional manipulation. This country's last two Democratic presidents were masters of the art, although they practiced it in very different styles. They both successfully continued the predations of neoliberalism, where the greed of the few feeds on the needs of the many, while eloquently suggesting that the opposite should and could be the case. The current Democratic candidate for the post is an adequate and highly experienced, if by now slightly addled, exponent of this dark art.

Those who call for the imposition of 'Law and Order' are demanding a confirmation of the arrangements of power that favor their own position in society. Encoded within that demand is the notion that any change to the status quo threatens the stability of society and that opinions challenging the establishment are intrinsically seditious. 'Law and Order' is the politesse that veils the use of brute force and tactical weaponry in the maintenance of legal, social and economic conditions of oppression. It is the handmaiden of Authoritarianism and the sworn enemy of the street.

Those citizens who call for 'Empathy and Healing' are seeking a nullification of the endless reenactment of the nation's through line - the Adamesque scolding of immigrants; the flagrant favoring of the wealthy; the embracing of an economy based on exploitation and extraction and entirely heedless of the value of the natural world; the heinous imposition of social controls through excessive force; and the subjugation of women. However, their political leaders are beholden to the same wealthy interests that support the 'Law and Order' faction, and beneath a progressive veneer they too flex the iron fist of economic oppression - but it is velvet-gloved in the sweet talk of freedom and justice. In the 1760's and 1770's, wealthy American colonists bound the middle class to their cause by just such a device. The talk of liberty and equality allowed them to secure a coalition sufficient to defeat the British without surrendering either the institution of slavery or their vast material advantage over most of the white population.

Each represents support for what Eric Foner, the American historian, describes as an "Invented national history and a putative destiny that revolve around the idea of freedom." But the founding of the country depended on a revolution that was born on the street - in the back alleys of Boston, on the streets of New York, in the public squares of Philadelphia, and in rural enclaves in the Hudson Valley, Vermont and South Carolina. There, revolution was driven by material needs rather than Enlightenment ideology, by poverty wages, fetid housing conditions, poor food, inadequate clothing and excessive taxation, rather than the writings of Locke, Montesquieu and Rousseau. But while this underclass energy may have birthed the political entity we know as America, the infant was suckled by the wealthy and swaddled in institutions of their design.

America had first been colonized by wealthy individuals and by corporations licensed by the British crown, along with the workers necessary to fulfill their ambitions. Its development was predicated on the geographic expansion of the economies of extraction and exploitation which had emerged in Europe in the late middle ages, and had almost entirely usurped the communitarian impulses of feudalism. From the beginning, the New World's 'discovery' was the product of greed. Its leading actors were wealthy proto-capitalists in search of treasure. Only later, in North America, with the arrival of the pilgrims, did the land become a field of dreams where ideologies of the Enlightenment and notions of religious freedom took flight. But from the beginning, there was a disconnect between the philosophical and spiritual high ground and the base realities of settler colonialism, dependent as it was (and remains) on the usurpation of the land's indigenous inhabitants.

By the late sixteenth century, the colonies engaged in the triangle of trade between the Americas, Europe and Africa. Rum was distilled in New England from Barbadian sugar and shipped to Britain where it generated sufficient profit to purchase additional slaves to maintain production of the raw material in the Caribbean. The colonies were complicit in the slave trade for many decades before slaves themselves arrived in 1619, where they were used to establish the large-scale production of export crops, such as cotton, that were the making of America's extraordinary wealth. The enslavement of Africans was thus deeply embedded in both America's economy and its society when it came time to discuss how the finer points of liberty were to be enshrined in the Declaration of Independence and the U.S. Constitution. In the event, the Founding Fathers kicked the issue down the road, forever compromising themselves and their country - and foreshadowing the contemporary moral turpitude of American political leaders who consistently refuse to engage with the major social, environmental and economic ills of the day.

In early America, racial justice was deeply compromised by both slavery and the genocidal elimination of the indigenous population. We can presume that women were treated no better than the they were in European society - or far worse where an androcentric, pioneer environment prevailed, or where racial hierarchy enabled their abuse. Violence shadowed greed. Poverty was endemic. These were the ingredients of a nation in the making. The American Revolution, which established independence from Britain and enabled the country to emerge from a still mostly aristocratic Europe, allowed for the creation of a clean-sheet constitution - but it was a document that institutionalized, rather than eliminated, the country's originating characteristics, and it is to this legacy that we are now woke.

All hope of racial justice, income equality, climate action and the elimination of gender bias awaits the next revolution, not the result of this November's federal election. Each of these broad areas of present societal disfunction have roots that reach deep into the American past. Authentic equality, justice, inclusivity and environmental hope can only manifest through a confrontation with this history, not the tweaking of its foundational institutions. Truth and reconciliation depend on the radical deconstruction of the American mythology - the wellspring of our flag waving, anthem singing, allegiance-pledging nationalism. This can only occur on the field of battle, out of protest, incivility and disruption. Thomas Paine's suggestion, in Common Sense, 1776, that, "We have it in our power to begin the world over again," remains valid if we eschew the bastions of reaction, our corrupt institutions and the political parties committed to their maintenance. In our second revolution, the social, economic and political order of the nation will be reshaped, like the first, within the American agora - on the street.