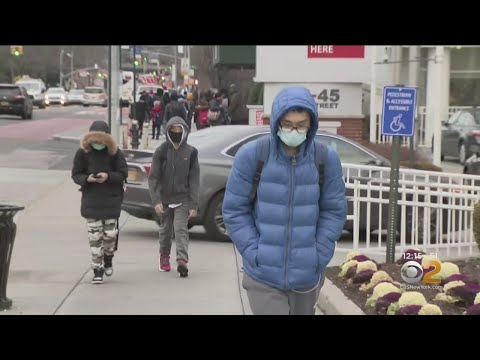 The epidemic reveals the stark truth, that the US dismantled and privatized its public health system, to fatten the pockets of the oligarchy and render working people more helpless and dependent.

The nation that considers itself to be the apex of capitalist achievement on planet Earth turns out to have no health care system worthy of the name a testament to the sucking moral vacuum at America's imperial, white settler colony core. A lowly virus, a form of being that exists at the very border between "life" and "not-life" has revealed the world's superpower as butt-naked and very much afraid.

"The system"is failing. Let's admit it," said Dr. Anthony Fauci, director of the National Institute of Allergy and Infectious Diseases, on March 14 at a White House briefing. Fauci's outfit is one of 27 institutes and centers that make up the National Institutes of Health under the umbrella of the Department of Health and Human Services, which oversees the Centers for Disease Control (CDC) and its Epidemic Intelligence Service. But this vast alphabet soup of agencies could not find enough coronavirus testing kits to cope with an outbreak in the tiniest Pacific island micro-state much less a nation of 330 million.

As of March 11, the U.S. had tested only 7,000 people in the most ad hoc and scientifically unproductive manner imaginable. By March 17, the total national count stood at 54,087 tests given, with 5,723 positive and 90 recorded deaths. But the pattern of testing is everywhere inadequate and in some states all but non-existent, ranging from 12,486 tested persons in Washington, the second-hardest hit state, to only 146 tested persons in Georgia. All 146 tested Georgians are also listed as infected, which indicates that Georgia only tests people that show up very sick at its hospitals. New York, with the highest number of infected, had only tested 7,206 people as of early this week, with a relatively high percentage of them infected.

These are not statistics of a failing health care system, but of a country that has no system, the conclusion reached by former Secretary of Labor Robert Reich. "The dirty little secret, which will soon become apparent to all, is that there is no real public health system in the United States," wrote Reich in his Newsweek column. "America is waking up to the fact that it has almost no public capacity to deal with it. Instead of a public health system, we have a private for-profit system for individuals lucky enough to afford it and a rickety social insurance system for people fortunate enough to have a full-time job."

There are no buttons for the Centers for Disease Control to push in response to the epidemic, because decades of corporate duopoly privatization has hollowed out the U.S. public health sector, so that it barely functions on good days. Even the Veterans Administration hospital system, the closest thing the U.S. has to "socialized" medicine on the British model, has been forced by corporate members of Congress to outsource much of its services to for-profit companies and cut in-house treatment capacity to the bone. This is the "creative destruction" that the oligarchs who own the U.S. brag about their great contribution to civilization. Thus, local, state and federal officials must resort to calling on the Army Corps of Engineers to build the needed hospital beds from the ground up, while the epidemic rages, citing the U.S. military experience with ebola in West Africa. If that is the rationale, then the U.S. should also call on Cuba for rescue from the coronavirus, since Havana sent 256 doctors, nurses and other health professionals to provide direct care to ebola victims while the U.S. military refused to touch even one sick African.

Poor Bernie Sanders. Had the epidemic struck a month earlier, it would have provided a ghastly mass education on the non-existent state of the U.S. public health system, presumably resulting in landslide support for the Medicare-for-All advocate. But then, maybe not. When U.S. realities are filtered through a monopoly corporate media lens, truth becomes as scarce as the hospital beds, ventilators and protective gear that is missing from the public health sphere. The Black political (misleadership) class, which is wholly answerable to one of the corporate parties responsible for systematically destroying public health care, would still have endorsed the oligarchs' champion, Joe Biden, as instructed and then blamed the epidemic on Trump. However, as Robert Reich noted, "the system would be failing even under a halfway competent president." Competence can't provide beds, kits, gear, equipment, medicines and doctors and nurses that don't exist.

Not soon enough, but very shortly, much of the nation will learn more than they ever wanted to about the pathology of late stage, "Race to the Bottom" capitalism, under the most stressful circumstances of curfew, economic panic, and mass sickness and death. Just as there is no public health system because the Lords of Capital grew fatter through the wholesale privatizing of health services, so have these same oligarchs prospered from the unrelenting assault on the rest of the social safety net, and from the imposition of the "sh*t job," "gig" economy. The goal of the austerity regime and "gig" employment is to make working people so insecure, so desperate, that they will accept any job, at any wage, under any conditions and schedule. To achieve this capitalists' nirvana, the state must be stripped of the tools that previous generations created to provide working people with healthier and more economically secure lives. These are the same tools that are missing, thanks to privatizing capitalist stooges like Joe Biden, now that the epidemic has hit.

There are now no easy buttons to push to force employers to pay workers that obey civil authorities' instructions to stay home, or to compel private medical corporations to forego anticipated profits by turning over their inventories and facilities to the State, for the sake of the common good. Therefore, corporate politicians, from Trump down, are proposing one-time payouts of cash for the commoners, in addition to the usual trillions in bailouts and gifts to corporations and banks. In the absence of a real system of labor regulation enforcement, or an unemployment compensation structure that could actually reach most of the working population, "helicopter money" is the quickest and best that the corporate-owned state can do. More importantly, the one-off payouts leave no trace of a safety net behind, once the epidemic is over. The "Race to the Bottom" can resume under calmer circumstances (the Lords of Capital dearly hope).

Of course, that assumes the stock market was reacting to the global spread of coronavirus when it lost the most points in history this month, rather than unraveling of its own contradictions. It appears to many observers that late stage capitalism and its protective armor, U.S. imperialism are suffering from multiple crises, and deeply sick. The price of Texas crude has dropped to about $25, a symptom of a profound slowdown in the world economy. The capitalist "crisis of legitimacy" may have passed the point of no-return, as the Corporate State proves daily that it cannot perform the basic function of protecting the lives of its citizens. And those citizens have become aware that the oligarchs their rulers are the vectors of mass insecurity, sickness and death.

President Trump, through his Department of Housing and Urban Development, has suspended all evictions and foreclosures until the end of April, a move that candidate and president Barack Obama refused to make, at the height of the 2007-08 crisis. If even "the worst president in history" takes such a step, the Democratic "opposition" will find it difficult to resist much more comprehensive demands from its "base" with or without an active Sanders "movement." The austerity "Race to the Bottom" regime may become a casualty of the coronavirus.

Meanwhile China, the society that presents the largest threat to U.S. world domination, appears to have pulled itself out of health crisis through the exertions of its amazing command economy. The Chinese have delivered 10,000 coronavirus kits to Poland and are "airlifting masks, respirators and other critical supplies" to Italy to make up for Germany and France's refusal to provide these vital medical goods to their European Union partner. Just as China pulled the planet out of the Great Recession, it may also emerge even stronger from the Coronaviris crisis.

"Aunty" Maxine (Waters) and "Uncle" Jim (Clyburn) can rally frightened Black voters around Biden and other corporate servants, but they cannot save the system from its internal contradictions. The Black Misleaders' days are also numbered, along with their masters.

Related Topic(s): Corona Virus Coronavirus Covid-19; Crisis; Death Penalty; Health; Imperialism; Viruses, Add Tags
Add to My Group(s)
Go To Commenting
The views expressed herein are the sole responsibility of the author and do not necessarily reflect those of this website or its editors.