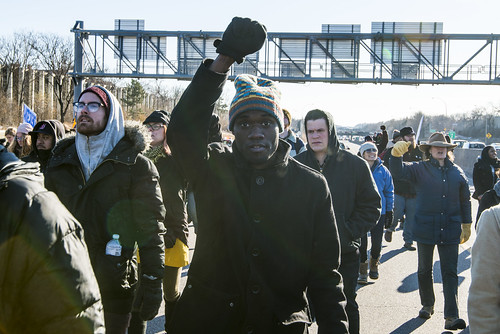 U.S. imperialist sanctions are depriving the Global South of essential resources during a pandemic. Covid-19 deaths are being vastly increased by the capitalist world's severe inequality. Neoliberal austerity is exacerbating the effects of the climate crisis in places like my own area of California. People are increasingly having to face the choice of retreating into the capitalist fantasy and defending the system, or embracing the path of revolutionary struggle.

Consumerism, and the capitalist mentality more broadly, are equivalent to nihilism. They strip the human experience of meaning beyond what serves the market. When a culture revolves around this monetary and commercialist view of the world, it ceases to bring true fulfillment.

"Consuming entertainment has a sedative effect," the commentator Meme Analysis has said about the pathology of the masses under this corporate-defined paradigm. "It has put mankind into a sleep of meaninglessness. The image of the consumer can be found in Nietzche's Thus Spoke Zarathustra: 'alas, there cometh the time when man will no longer launch the arrow of his longing beyond man, and the string of his bow will unlearn to whizz. I tell you, one must still have chaos in one to give birth to a dancing star.'"

It's a collective state of being that's resulted in a political order which the writer Sheldon Wollin calls "inverted totalitarianism," where rule by corporations is made out to be "freedom." In this pseudo-free society, the different mainstream political affiliations become more brands that are marketed to people, and engagement in the political realm is rendered as shallow and cynical as consumer culture is.

We're offered prepackaged candidates like Joe Biden and Kamala Harris, who will only keep the wars going and make life worse for poor and working people, and then told to be excited about them. And when a supposedly anti-establishment politician like Bernie Sanders or Alexandria Ocasio-Cortez comes along, they're presented as a subversive option despite their complicity in the corporate and imperialist machine.

Living in this kind of paradigm, one where everything we're told to care about is tied in with the structure of global exploitation and violence, presents one with two options: descend deeper into delusion and tie your identity in with the brands that are marketed to you, or embrace true freedom and work to smash the class system. It's a choice between the temptation of believing the lie that we're free, and making the sacrifices necessary to play your part in the revolution.

The "freedom" that the corporatocracy presents you with is nothing more than another marketing pitch. It tells you that participating in the consumer lifestyle, and theoretically being able to join the capitalist ruling class, are what it means to be free. The contradictions between this idealized view of capitalist society and the realities of what life is like under it-exclusion of the poor from the "democratic" process, basic necessities being conditional, power by the bosses to extract your labor and regulate your life-create a dissonance for someone who supports capitalism. From there arises the impulse to grow more reactionary, to become more ingrained within the capitalist and imperialist ideological hegemony.

These contradictions within capitalism are getting more pronounced than ever. U.S. imperialist sanctions are depriving the Global South of essential resources during a pandemic. Covid-19 deaths are being vastly increased by the capitalist world's severe inequality. Neoliberal austerity is exacerbating the effects of the climate crisis in places like my own area of California. People are increasingly having to face the choice of retreating into the capitalist fantasy and defending the system, or embracing the path of revolutionary struggle.

Taking the latter path is how to reject the nihilistic state of being that late-stage capitalism has imposed upon you, and tap into the vital energy that's needed for attaining meaning. In a world where the climate is collapsing, and civilization is moving towards a climate apartheid where the rich live in comfort while leaving everyone else behind, class struggle is more than ever a struggle for our dignity and survival. And a struggle of this nature, where you're fighting for your ability to exist and for the affirmation that you have value outside of how you can serve the system, provides a deeply fulfilling experience. The visceral nature of this struggle is the perfect foil to late-stage capitalism's nihilistic mentality.

Related Topic(s): Austerity; Capitalism; Capitalism Failures; Class; Fantasy; Inequality; Nihilism, Add Tags
Add to My Group(s)
Go To Commenting
The views expressed herein are the sole responsibility of the author and do not necessarily reflect those of this website or its editors.