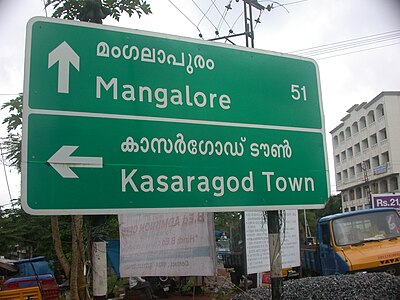 The simplest, and most appropriate response to that argument comes from comedian Doug Stanhope: "Then don't talk to 'em." Problem solved. But I can't get a whole column out of that response, so let's take apart the fake "issue" in a little more detail.

Often, the argument starts off with fake tones of sympathy. Those poor immigrants -- how will they ever get jobs and "assimilate" if they don't know "the national language?" Send them back for their own good!

Oddly, the same people almost always immediately turn to the claim that "MY grandparents came here from [insert country], and you know what they did? They learned English!"

Clue: Your grandparents weren't special exceptions. Most immigrants who don't already know English will learn it, especially if their career ambitions require them to.

The next turn is generally something along the lines of "English is the 'national language,' and no nation can survive without a common language."

English is a fairly dominant language in the US at this time, although Spanish seems to be gaining. But the US has never had a "national language." It's always hosted a mix.

The Declaration of Independence was initially published in the five most common American languages as of 1776: English, French, German, Dutch, and Spanish.

English really started gaining dominance in the 20th century, after the US government drafted millions of men into the armed forces for World War Two and insisted they be able to take orders in English (in the previous largest US military mobilization, for the Civil War, the Union army formed segregated regiments of e.g. German speakers).

But there are still entire urban neighborhoods where one might walk several blocks and hear nothing but Mandarin or Yiddish or Russian or Hindi. And in large swaths of the country, Spanish competes with English for dominance.

A single common language in a country is the exception -- and in countries with populations of more than 200 million there are no such exceptions -- not the rule.

While forceful government policy has made Mandarin the dominant "first language" in China, more than 300 other languages survive.

Typical among western European countries is Belgium, with three "official" and several regional languages, in addition to nearly 40% of the population speaking English.

There are no good arguments for immigration authoritarianism, but the "they don't speak English" dodge is easily the least convincing.

Related Topic(s): Immigration; Language, Add Tags
Add to My Group(s)
Go To Commenting
The views expressed herein are the sole responsibility of the author and do not necessarily reflect those of this website or its editors.