Threats by a Jewish group to split from Labour is not evidence of anti-semitism, but of the party's long indulgence of anti-Palestinian racism 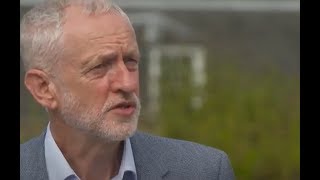 An announcement this week by the Jewish Labour Movement (JLM) that it is considering splitting from the British Labour Party could not have come at a worse moment for Jeremy Corbyn. The Labour leader is already besieged by claims that he is presiding over a party that has become "institutionally anti-Semitic."

The threats by the JLM should be seen as part of concerted efforts to oust Corbyn from the leadership. They follow on the heels of a decision by a handful of Labour MPs last month to set up a new faction called the Independent Group. They, too, cited anti-semitism as a major reason for leaving.

On the defensive, Corbyn was prompted to write to the JLM expressing his and the shadow cabinet's "very strong desire for you to remain a part of our movement." More than 100 Labour MPs, including members of the front bench, similarly pleaded with the JLM not to disaffiliate. They apologized for "toxic racism" in the party and for "letting our Jewish supporters and members down."

Their letter noted that the JLM is "the legitimate and long-standing representative of Jews in the Labour party" and added that the MPs recognized the importance of "calling out those who seek to make solidarity with our Jewish comrades a test of foreign policy."

That appeared to be a swipe at Corbyn himself, who is the first leader of a British political party to prioritise Palestinian rights over the UK's ties to an Israeli state that has been oppressing Palestinians for decades.

Only this week the Labour leader renewed his call for Britain to halt arms sales to Israel following a UN report that said the Israeli army's shooting of Palestinian protesters in Gaza's Great March of Return could amount to war crimes.

Despite the media attention, all the evidence suggests that Labour does not have a problem of "institutional anti-Semitism," or even a problem of anti-semitism above the marginal racism towards Jews found in the wider British population. Figures show only 0.08 percent of Labour members have been disciplined for anti-semitism.

Also largely ignored by the British media, and Corbyn's opponents, is the fact that a growing number of Jews are publicly coming out in support for him and discounting the claims of an "endemic" anti-semitism problem.

Some 200 prominent Jews signed a letter to the Guardian newspaper calling Corbyn "a crucial ally in the fight against bigotry and reaction. His lifetime record of campaigning for equality and human rights, including consistent support for initiatives against antisemitism, is formidable."

At the same time, a new organization, Jewish Voice for Labour, has been established to underscore that there are progressive Jews who welcome Corbyn's leadership.

On the back foot

In the current hysterical climate, however, no one seems interested in the evidence or these dissenting voices. It is, therefore, hardly surprising that Corbyn and his supporters are on the back foot as they face losing from Labour an affiliate group of 2,000 members who represent a section of the UK's Jewish community.

But paradoxically, the loss of the JLM may be inevitable if Labour is serious about becoming a party that opposes racism in all its forms, because the JLM has proved it is incapable of meeting that simple standard.

While the Labour Party has been dragged into an increasingly fractious debate about whether anti-Zionism opposition to Israel as a Jewish state equates to anti-semitism, everyone has been distracted from the elephant in the room.

Related Topic(s): Apartheid; Israel; Israel And Palestine; Israeli Fascism; Labour Party; Nakba; Zionists, Add Tags
Add to My Group(s)
Go To Commenting
The views expressed herein are the sole responsibility of the author and do not necessarily reflect those of this website or its editors.