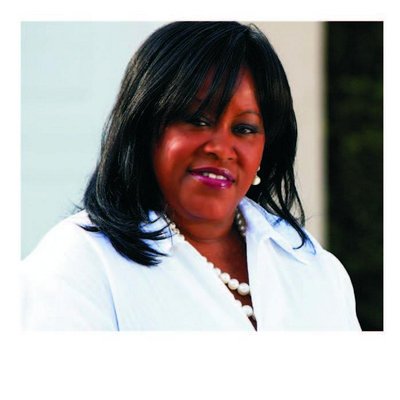 "I believe charter schools ought to be transparent and adhere to all the rules and regulations of the Public schools."

Elizabeth Badger is passionate about Democratic party politics. According to her profile by Nick Melvoin's group Speak Up, Badger is a lifetime member of the party who was a delegate to both of Barack Obama's national conventions and has been a member of the Los Angeles County Democratic Party's Central Committee for 15 years. In addition to running for this seat in the 2015 election, Badger has also been a candidate for the Los Angeles City Council and the California State Assembly.

As a parent of a child in the LAUSD, Badger is also passionate about education and told Speak Up that this was the focus in every race that she ran. She correctly points out that the current board does not include any member who has children in the district and states that it is "important that we have a qualified LAUSD parent on that board, and we don't."

Not surprisingly, she is a strong advocate of increasing the ability of parents to engage with the LAUSD and "absolutely" supports the proposed Board Meeting Accessibility to the Public resolution. She also commits to ensuring "that parents' voices are heard via the employment of staff." Her personal experience securing special education services for her son also puts her on the right side of these issues, pledging her support to keeping special education centers fully funded and available as an option to parents during the IEP process. She also commits to supporting policies that prohibit the District from punishing employees who inform parents of all of the options available to their students.

As the LAUSD continues to fight off the encroachment of charter schools, Badger also states that "charter schools ought to be transparent and adhere to all the rules and regulations of the public schools. She also supports the proposed "Community Representation on Charter School Boards" resolution which outlines a process for ensuring that the district is appropriately represented.

Unfortunately, Badger did not provide very many details about how she would provide solutions. She has not been a regular face around the district since her last run and her lack of knowledge about the issues is readily apparent in the Speak Up article. For example, she states that "In July only, when the new term started, [Schmerelson] voted himself to be the chair of the special needs committee so that he can tout [that.] Nobody's going to go back and check to see he's been doing this for [just a few] months. He doesn't seem to care about our children." In fact, Schmerelson also headed this same committee when he first took office. He did so until Melvoin and his fellow charter school industry supporters took control of the Board and eliminated all of the committees. When Jackie Goldberg was elected to the Board and the pro-public school board members took back control in July, they reinstated the committees and Schmerelson was elected by his peers to head both the Special Education and Parent Engagement Committees.

Badger also states that Schmerelson did "absolutely nothing" to support the special needs community. However, at the time he was elected, the special education centers had been targeted for elimination by his predecessor. These schools had been eliminated as a choice for new parents and their populations were dwindling. Schmerelson reversed this trend and today the Lokrantz Special Education Center in Reseda is thriving. In fact, plans are now in the works for it to increase the number of grade levels they serve.

Passion can be a great attribute, but unleashed in the wrong direction it can be harmful. The incumbent in this race has spent his entire career serving children, but Badger infers in her Speak Up profile that he does not care about children. She also claims to know what UTLA has told Schmerelson in private conversations. At the same time, she allows Speak Up to suggest that Schmerelson voted for Trump while refusing to welcome into the Democratic Party after he quit the Republican Party after the President's election victory. Knowing Badger personally, she is better than that.