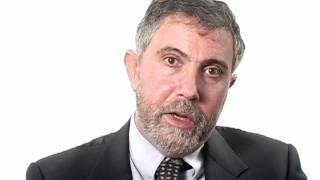 Last week Krugman devoted a column to dismissing the Democrats septuagenarians (Joe Biden and Bernie Sanders) as not being prepared to deal with the presidency in today's political environment. Part of his indictment of Sanders was an unwillingness to compromise, most notably on health care reform.

As Krugman put it:

Dr. Dean Baker is a macroeconomist and Co-Director of the Center for Economic and Policy Research in Washington, D.C. He previously worked as a senior economist at the Economic Policy Institute and an assistant professor at Bucknell University. (more...)
Related Topic(s): Health; Krugman; Medicare; Reform; Sanders-Bernard, Add Tags
Add to My Group(s)
Go To Commenting
The views expressed herein are the sole responsibility of the author and do not necessarily reflect those of this website or its editors.