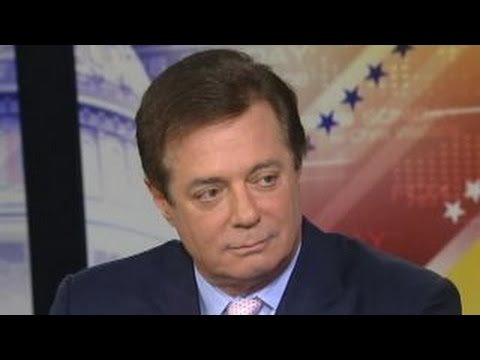 Well Truthseekers, it's been nonstop news all week. Teargassing women and children at the border, more dead troops in Afghanistan, devastating climate report, the Paul Manafort bombshell, and more.

Don't think it's a coincidence that the news Manafort repeatedly lied to Mueller leaked out right after Trump submitted his written answers to the special prosecutor. There are multiple theories about why Manafort would lie to Mueller despite risking years rotting in a federal pen. One of the most intriguing is that Mueller was using Manafort as a mole to feed Trump false info about the Russia investigation.

Above the Law has more:

"For some people, it's hard to believe that Manafort has so little sense of self-interest that he'd either keep lying or keep trusting Trump, absent some very specific promise from the President himself.

"Which is how we get to the 'mole' theory: Manafort only took the plea deal so he could learn more about Mueller's investigation and feed that information back to Trump as the President prepared written answers to Mueller's questions. In exchange for this, Trump has promised to pardon Manafort once his service is complete.

"I have trouble believing this because it requires Trump to think three steps ahead and still requires Manafort to believe Trump will keep his word. But nothing in Trumpworld actually makes sense if you assume 'rational actors' so I guess this is possible.

"And if it's possible that Manafort is a mole, then it's possible that the Mueller people knew he was a mole and have been using him to feed misinformation to Trump and the Russians. It's also possible that we are living inside a computer simulation and our programmer is trying to sell a spy/thriller holoscript to galactic executives.

"This brings us to the Marcy Wheeler theory that is ripping around the internet. Her theory, amazingly, fits all the 'facts' we actually know."

"Just about the only explanation for Manafort's actions are that -- as I suggested -- Trump was happy to have Manafort serve as a mole in Mueller's investigation.

"But Mueller's team appears to have no doubt that Manafort was lying to them. That means they didn't really need his testimony, at all. It also means they had no need to keep secrets -- they could keep giving Manafort the impression that he was pulling a fast one over the prosecutors, all while reporting misleading information to Trump that he could use to fill out his open book test. Which increases the likelihood that Trump just submitted sworn answers to those questions full of lies.

"And that 'detailed sentencing submission ... sett[ing] forth the nature of the defendant's crimes and lies' that Mueller mentions in the report?

"There's your Mueller report, which will be provided in a form that Matt Whitaker won't be able to suppress."

Its a pretty thought, you have to admit. And it would make a helluva movie someday...Or season 11 of The Apprentice: The Prison Years

Kathy never expected a career in radio as a talk show producer. Born and raised in Atlanta, Georgia, Kathy was completing her nursing degree when in 2001 - in an emergency - she was asked to fill in as the producer of Mike's program. Within a few (more...)
Related Topic(s): Donald Trump Lies; Lies; Mueller Investigation; Paul Manafort, Add Tags
Add to My Group(s)
Go To Commenting
The views expressed herein are the sole responsibility of the author and do not necessarily reflect those of this website or its editors.