"why is it always okay for big money to generate toxic messes in non-white communities?"
- Tracy Cook

Common sense would dictate that a site chosen for a school building would be free of any hazards to children. This would be especially true in neighborhoods in areas like Cudahy and the rest of Southeast Los Angeles where there is a "history of environmental injustice". This is the same area that is dealing with the long-term effects of the arsenic and lead released by the now-closed Exide Battery Plant. One of the schools in this area, Park Avenue Elementary, was built on "an old city dump site that contained contaminated soil with pockets of the toxic sludge". These are the same neighborhoods where last year Delta Airlines dumped jet fuel directly on children as they played in their schoolyard.

As an organization that claims that they "will always prioritize safety as [their] #1 concern" and "knows the responsibility [they] have to ensure the environment and community are safe", one would assume that KIPP Charter Schools is especially sensitive to the environmental injustice suffered by generations of residents in Southeast Los Angeles. Knowing the history of the area, this chain of privately operated schools would definitely not purchase a plot of land that "has been used for approximately 90 years for manufacturing metal" and storing the resulting "hazardous materials". Its concern would be especially heightened if soil samples at the site showed "levels of arsenic...as high as 14.5 milligrams per kilogram," which is "200 times the amount of arsenic that is identified as safe for human health by the state of California for school or residential areas." The fact that the "site is contaminated with toxic gases" which "can cause cancer, cognitive and motor impairments, liver damage, kidney damage, and impair one's immune system, development, reproductive system, and fertility" would have definitely killed any purchase agreement. 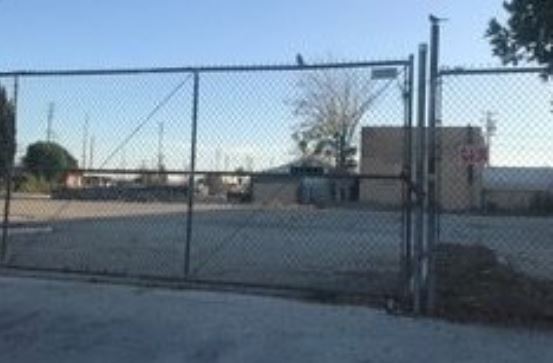 According to a lawsuit filed against the City of Cudahy, KIPP not only purchased this land but also intend on building a school on the property. The charter school chain says on their website that they "completed all of the required environmental investigations to ensure the Cudahy campus is safe for our community". However, the suit alleges that the city improperly waived the need to perform a full study under the California Environmental Quality Act (CEQA). This study would have included a "full environmental review for the project". 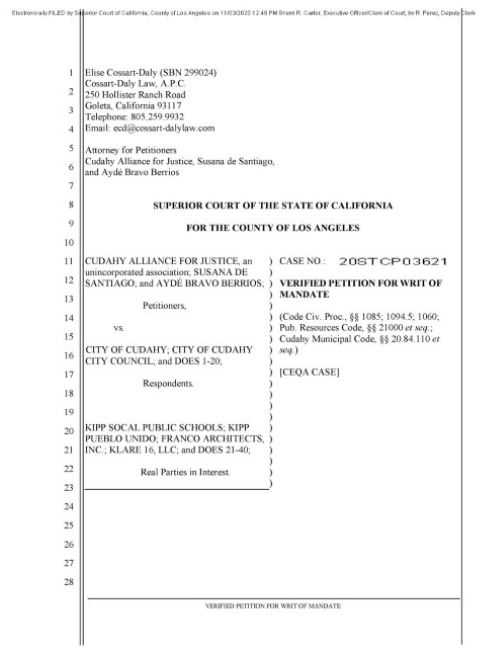 While KIPP maintains that "no material issues were identified during" its "extensive" environmental investigations, the suit states that a Site Assessment for the Project Site found that "elevated levels of arsenic"'pose a...exposure and contact risk to the children and general public human health.'" This assessment also found that the site "has elevated waste oil concentrations" and "is not currently safe for construction of a school or housing." It states that "without environmental mitigation", this construction "will put children at KIPP Pueblo Unido at risk of exposure to toxic gasses."

KIPP itself acknowledges that soil on the site was "impacted by arsenic" and they "already removed 50 cubic yards of impacted soil." This is a small percentage of what is on the property as another 36,000 cubic yards of soil will be excavated to build the school's underground parking garage. If this soil is not properly tested, then the site's neighbors and others will be at risk of possible exposure as the soil is disturbed and trucked out through the neighborhood.

KIPP owes its future students, the taxpayers who are helping to fund its construction project, and the citizens of Southeast Los Angeles assurances that its proposed Cudahy campus is completely safe. It needs to cease its attempts to avoid the studies required by CEQA before embarking further on a project that is alleged to pose "significant environmental harms to students". Better yet, KIPP should find a site that is not "identified by the State of California as a hazardous materials release site on the Hazardous Waste and Substances Sites ('Cortese') List."
________________________________

Carl Petersen is a parent, an advocate for students with special education needs, an elected member of the Northridge East Neighborhood Council, a member of the LAUSD's CAC, and was a Green Party candidate in LAUSD's District 2 School Board race. During the campaign, the Network for Public Education (NPE) Action endorsed him, and Dr. Diane Ravitch called him a "strong supporter of public schools." For links to his blogs, please visit www.ChangeTheLAUSD.com.