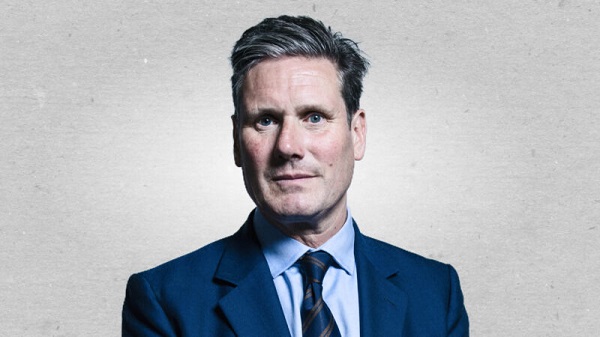 The sacking of Rebecca Long-Bailey from the UK shadow cabinet - on the grounds that she retweeted an article containing a supposedly "antisemitic" conspiracy theory - managed to kill three birds with one stone for new Labour leader Keir Starmer.

First, it offered a pretext to rid himself of the last of the Labour heavyweights associated with the party's left and its former leader, Jeremy Corbyn. Long-Bailey was runner-up to Starmer in the leadership elections earlier in the year and he had little choice but to include her on his front bench.

Starmer will doubtless sigh with relief if the outpouring of threats on social media from left-wing members to quit over Long-Bailey's sacking actually materialises.

Second, the move served as a signal from Starmer that he is a safe pair of hands for the party's right, which worked so hard to destroy Corbyn from within, as a recently leaked internal review revealed in excruciating detail. Despite the report showing that the Labour right sabotaged the 2017 general election campaign to prevent Corbyn from becoming prime minister, Starmer appears to have buried its contents - as have the British media.

And third, Long-Bailey's sacking provided the perfect opportunity for Starmer to publicly light a peace pipe with the Israel lobby after its long battle to tar Corbyn, his predecessor, as an antisemite.

The offending article shared by Long-Bailey referred to Israel's documented and controversial role in training and helping to militarise US police forces. It did not mention Jews. By straining the meaning of antisemitism well past its breaking point, Starmer showed that his promised "zero tolerance" for antisemitism actually means zero tolerance of anyone in Labour who might antagonise the Israel lobby - and by extension, of course, the Israeli government.

By contrast, back in February Rachel Reeves, an MP on the party's right, celebrated Nancy Astor, the first woman to sit in the UK parliament and a well-known Jew hater who supported the appeasement of Hitler. None of that appeared to bother the Israel lobby, nor did it dissuade Starmer from welcoming Reeves into his shadow cabinet weeks later.

Doubtless, the move against Long-Bailey felt particularly pressing given that this week the door will open to the Israeli government of Benjamin Netanyahu annexing swaths of Palestinian territory in the West Bank in violation of international law, as sanctioned by Donald Trump's "peace" plan.

Corbyn joined more than 140 other MPs last month in sending a letter to the British prime minister urging "severe consequences including sanctions" on Israel should it carry out annexation.

Starmer, by contrast, has voiced only "concerns". Sidelining the gross violation of international law annexation constitutes, or the effects on Palestinians, he has weakly opined: "I don't agree with annexation and I don't think it's good for security in the region."

It looks like Starmer has no intention of doing anything more than feeble handwringing - especially when he knows that the Israel lobby, including advocacy groups inside his own party like the Jewish Labour Movement, would move swiftly against him, as they did against Corbyn, should he do otherwise.

Sacking Long-Bailey has offered the Israel lobby a sacrificial victim. But it has also removed a potential loose cannon from his front bench on Israel and annexation-related matters. It has sent an exceptionally clear warning to other shadow cabinet ministers to watch and closely follow his lead. He has made it evident that no one will be allowed to step out of line.

All three audiences - Starmer's own MPs and party officials, the billionaire-owned media, and the Israel lobby that claims to represent Britain's Jewish community - can now be relied on to give him a smooth ride.

Related Topic(s): Antisemitism; Great Britain; International; Israel; Israel And Palestine; Israel And Us Relations; Israel Election; Israel Embassy; Israel Firsters; Israel Lobby; (more...) Israeli Interference In Politics; Labour Party; Media; Palestinian; Trump, Add Tags  (less...)
Add to My Group(s)
Go To Commenting
The views expressed herein are the sole responsibility of the author and do not necessarily reflect those of this website or its editors.