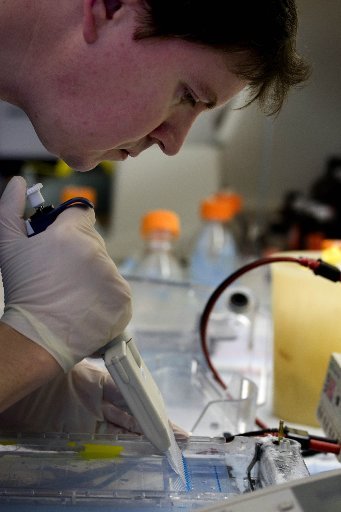 As the government continues to fund two wars and ongoing tax breaks, curing diseases such as cancer is threatened. In the State of the Union speech, President Obama promised investment in biomedical research. However, House Appropriations chairman Harold Rogers (R-Ky.) just announced the committee draft budget has a $1 billion cut in National Institutes of Health
funding.

As in New Jersey, where Gov. Chris Christie is making "hard choices," the nation is almost schizophrenic between cuts and necessary programs. With the economy still in crisis over high unemployment and housing foreclosures, the private sector does not have the ability to make up the difference.

Research cuts mean ongoing cancer deaths. One in two men and one in three women will develop cancer in their lifetime. In 2010, the National Cancer Institute estimated there were 1.5 million new cases and 570,000 deaths nationwide. In cases of breast cancer alone last year, NCI projected 209,060 new patients and 40,230 deaths.

Thanks to successful laboratory research, a woman's risk of dying of breast cancer has dropped 31 percent since 1989. Just while such clear breakthroughs are being made -- and with breast cancer still ranking as the No. 1 fear for women -- now is not the time to cut funding.

If we want to fight cancer and win, there is no substitute for the federal catalyst.

Francis Collins, director of the National Institutes of Health, told the National Press Club: "There is a direct line from NIH research to the lifespan increases" in America. The United States ranks 49th in life expectancy, right above Taiwan, Kuwait, Cyprus, Cuba, Panama and Costa Rica.
We are in a budget-cutting spree. If government funding does drop or stalemate, cutting-edge researchers will have to seek more funding from private foundations and corporations.

And they do try. For example, the Avon Foundation, one of the largest corporate-affiliated philanthropies contributing to breast cancer research, has donated more than $700 million to breast cancer education, research and prevention since 1992, and more than $175 million to research in the past decade. Avon expedites tests and advancement of cutting-edge discoveries with significant diagnosis and treatment potential, such as Beta Protein 1, a gene expressed in the tumors of 80 percent of women with breast cancer and 70 percent of men with prostate cancer.

Susan G. Komen for the Cure, Revlon, and the Susan Love Research Foundation and Love/Avon Army of Women also help make up the difference. The Robert Wood Johnson Foundation has been "one of the key funding agencies" for the Cancer Institute of New Jersey, the state's only NCI-designated comprehensive cancer center.

The future of the new national health care law, which provides free preventive care that detects cancer early, when it is more curable, and could catch Stage I cancers before they develop into Stage IV, also is under fire.

Under President Bill Clinton and under the Obama stimulus, NIH's budget doubled. Efforts, however, to maintain the Iraq and Afghanistan wars, and the political insistence on tax cuts, are creating a fear throughout the research field that medical research funding will be sliced.

To keep the breakthroughs and research going strong, the public must support cancer research foundations and press Congress to halt its efforts to dry up federal research dollars.

Robert Weiner, a Paterson native, is a former White House spokesman and former chief of staff for the House Aging Committee and Health Subcommittee. He now heads a public affairs and issues strategy company in Washington, D.C. Patricia Berg is director of a breast cancer research laboratory and a professor at George Washington University Medical Center. James Lewis is genomics specialist at Robert Weiner Associates. Comments are welcome at njvoices.com.

Related Topic(s): Cancer; Funding; Funding; Health; Health, Add Tags
Add to My Group(s)
Go To Commenting
The views expressed herein are the sole responsibility of the author and do not necessarily reflect those of this website or its editors.