This is a reprint from NewsBred. 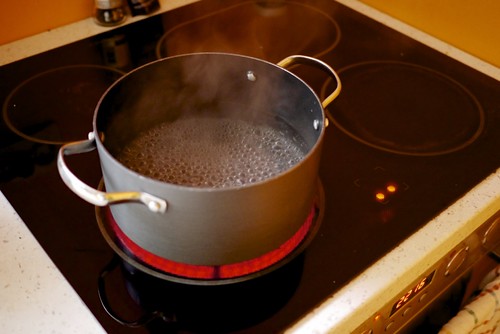 Three communal incidents have rocked in the last fortnight.

A 15-year-old Muslim boy, Junaid, was killed in a train. Let's concede it was a communal murder. Arrests have been made, weapon recovered.

Then North 24-Parganas in erupted over a Facebook post where Hindus bore the brunt of Muslim backlash. The State's silence is viewed by most as complicity. Arrests have been few and far between. The Chief Minister hasn't bothered to visit and soothe the nerves.

A bus on way to holy Amarnath yatra in was ambushed by terrorists who gunned down seven and injured 19 pilgrims. All the right noises have since been made.

If the binary is only Hindu-Muslim divide in this country, the score would show: 2 Muslims; 1 Hindus. Yet you wouldn't guess so by the narrative being played out.

Junaid's murder, within hours, was branded as one by cow vigilantes with the implicit blessing of the ruling party in Centre.

West Bengal was dubbed as a convoluted political ploy by BJP looking to secure the upcoming elections.

The tragic Amarnath killings were again linked to BJP for its hand in letting become a blood-drenched valley.

In between, the stories abounded of a Hindu LeT terrorist (since proven wrong), a stray fake image on Facebook (true) and a prominent Hindi daily (see image) accused of dramatizing the horror of Amarnath yatra survivors.

None of the Lutyens Media, who I prefer to call DALALS (Damn Left and Lutyens Scribes), ever described it as an "Islamic terror"--like they do with concocted "Hindu terror" theme -- and, instead, drowned us with the virtues of "Kashmiriyat" and justly heroic "Salim bhai", the driver of that ill-fated bus.

The DALALS have concentrated on the "form" and not on "substance" or they would have highlighted the onset of Jihadi presence in stoking and riding on Hindu-Muslim divide.

This is an anti-Hindu brigade. Since Hindus have largely hoisted BJP in the Centre, the corollary is unmistakable. This bunch is partly "brainwashed" and mostly "funded" which either way is not good for 's unity.

The "brainwashed" ones are no better than the leaders of pre-Independence who claimed "principle" in public but "compromised" in private with the British. Most of them were lawyers --like Gandhi, Patel and Nehru--and the first two, despite their Indian attire, had political theories of Western orientation. British had nicely sized them up and like monkeys--no offence intended for we have monkey as Gods--made them jump through the hoop.

Related Topic(s): Arab; Betrayal; Facebook; Gandhi; India Elections; India Pakistan Conflict; Indian National Congress; Indian Prime Minister Modi; Muslim; Pilgrims, Add Tags
Add to My Group(s)
Go To Commenting
The views expressed herein are the sole responsibility of the author and do not necessarily reflect those of this website or its editors.