And Joe Biden knows why that matters. 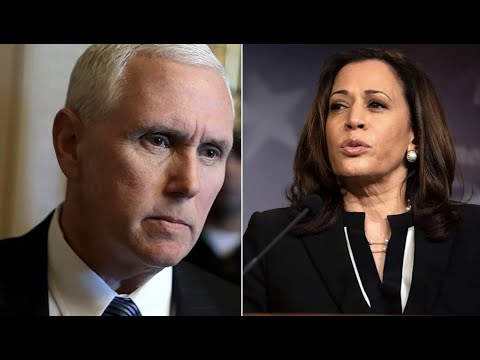 Vice President Mike Pence just got some very bad news. He's going to lose the vice presidential debate this fall, and that loss is going to do serious damage to the already diminished 2020 election prospects of the Republican Party.

California Senator Kamala Harris will shred Donald Trump's hapless running mate when the two confront each other during the vice presidential debate on October 7 at the University of Utah.

That's not the only reason presumptive Democratic nominee Joe Biden chose Harris as the Democratic vice presidential nominee. Harris brings to the ticket youth, as a candidate 22-years younger than the party's presidential pick, and diversity, as the daughter of Indian and Jamaican immigrants who will be the first woman of color to run on a major party ticket. She has the sort of experience in local, state, and national politics that Biden appreciates. She's more liberal than Biden on a number of issues, but she's certainly not a progressive along the lines of Vermont Senator Bernie Sanders or New York Representative Alexandria Ocasio-Cortez. That frustrates the left, which pushed for Biden to consider VP prospects such as Massachusetts Senator Elizabeth Warren and Congressional Progressive Caucus chair Karen Bass. But by now it is clear that the former vice president and his ideologically cautious inner circle are planning to run a campaign that puts a bigger emphasis on beating Trump and Pence than it does on scoping out the sort of bold, structural change that Sanders and Warren proposed with their 2020 presidential bids.

Biden recognizes that, despite encouraging poll numbers, he's in a serious fight. And he appreciates, from his own experience, that Harris is a sharp and aggressive campaigner who will pull no punches when it comes to calling out her opponents and commanding a debate stage.

Biden is a political structuralist. He knows where the pivot points are in campaigns and he knows that the pundits are always wrong when they neglect the role that vice presidential candidates play in defining the course of presidential campaigns. Biden is, after all, one of the few Americans who can unquestionably be said to have won two vice presidential debates -- against Alaska Governor Sarah Palin in 2008 and against soon-to-be Speaker of the House Paul Ryan in 2012 -- at critical points in races for the White House.