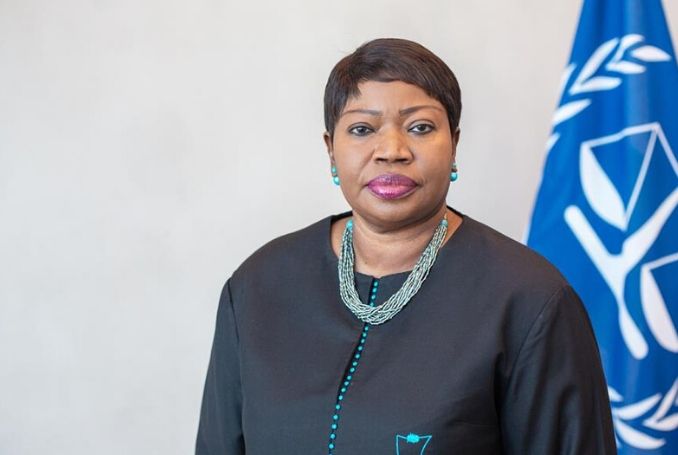 At long last, Fatou Bensouda, the Chief Prosecutor of the International Criminal Court (ICC) has uttered the long-anticipated conclusion that "all the statutory criteria under the Rome statute for the opening of an investigation (into alleged war crimes in the Occupied Palestinian Territories) have been met."

Bensouda's verdict has been in the making for a long time and should, frankly, have arrived much earlier. The ICC preliminary investigations into Israeli war crimes began back in 2015. Since then, many more such war crimes have been committed, while the international community persisted in its moral inertia.

The ICC statement, issued on December 20, asserted that the court saw "no substantial reasons to believe that an investigation would not serve the interests of justice."

But can the "interest of justice" be served while the United States government continues to wield a massive stick, using its diplomatic, political and financial clout to ensure Israel emerges unscathed from its latest legal scuffle?

There is little doubt that Michael Lynk, the United Nations Special Rapporteur for the situation of human rights in the Palestinian territory, is absolutely right: A formal ICC criminal investigation into war crimes in Palestine is a "momentous step forward in the quest for accountability."

He is also correct in his assessment, published in the United Nations Human Rights Officer of the High Commissioner website, that "accountability has, until now, been largely missing in action throughout the 52-year-old occupation."

I would go even further and expand the timeline of the missing accountability to include the two decades prior to the Israeli occupation of East Jerusalem, the West Bank and the Gaza Strip. Otherwise, how is one to account for the ethnic cleansing of Palestine in 1947-48, the numerous massacres and other wanton killings that accompanied and followed those defining years, or the fact that Israel was never held accountable for its violations of international and humanitarian laws between 1948 and 1967?

That issue notwithstanding, the Palestinian Authority and all political parties in Palestine should exploit this unprecedented opportunity of holding Israel accountable.

As soon as the ICC issued its statement, news reports surfaced conveying a sense of "panic" in Israel. The Times of Israel reported that an Israeli government meeting to discuss the ICC decision was held shortly after, with the aim of considering a proper response, including the possibility of preventing ICC investigators from reaching Israel.

This is eerily familiar. Israel has denied entry to or refused to cooperate with international investigators and observers on many occasions in the past.

Following a UN planned investigation into alleged Israeli war crimes in the Palestinian refugee camp of Jenin in 2002, the Israeli government quickly moved, and, sadly, succeeded in blocking the investigation altogether.

It has done so time and again, often demonizing the very individuals entrusted with the mission of examining the illegality of Israel's behavior in the context of international law. Well-respected judges and international law experts, such as Richard Goldstone, Richard Falk, and John Dugard, were vehemently attacked by Israeli officials and media and, by extension, by the US government and media as well.

Israel has managed to survive dozens of United Nations Resolutions and countless legal reports and indictments by the UN and all UN-affiliated organizations, largely because of blind and unequivocal American support, which has shielded Israeli war criminals from ever answering to their horrific actions in Palestine.

"Remember, it was (then-Secretary of State) Hillary Clinton who took pride in the fact that she personally killed the Goldstone Report," said US author, Norman Finkelstein, in a recent interview with the news website 'Mondoweiss'.

Related Topic(s): Icc Investigation; Israel; Israel And Palestine; Israeli Fascism; Justice; Panic, Add Tags
Add to My Group(s)
Go To Commenting
The views expressed herein are the sole responsibility of the author and do not necessarily reflect those of this website or its editors.