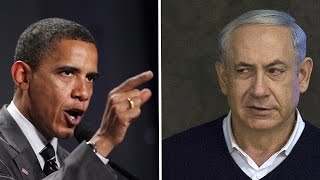 ONCE I heard the following story from the then Swedish ambassador in Paris:

"In 1947, when the UN was discussing the plan to partition Palestine, I was a member of the sub-committee dealing with Jerusalem. One day, the Jews sent a new representative. His name was Abba Eban. He spoke beautiful English, much better than the British or US members of the committee. He talked for about half an hour, and at the end there was not one person in the room who did not hate his guts."

I was reminded of this episode when I saw on TV the press conference held by Dore Gold, the Director General of our Foreign Office. Its subject was the recent Paris peace conference, which was vehemently denounced by our government.

From the moment I saw Gold for the first time I disliked him. He was our new ambassador to the UN. I told myself that my attitude was an unworthy rejection of foreign Jews ("Exile Jews" in Israeli slang). Gold speaks Hebrew with a very pronounced American accent and is no Apollo. I would have preferred as our representative an erect, Israeli-looking pioneer-type who speaks English with a pronounced Hebrew accent. (I know this sounds racist, and am thoroughly ashamed of myself.)

GOLD'S CONFERENCE was about the French peace initiative concerning the Israeli-Palestinian conflict.

I have a lurking suspicion -- it is still lurking around -- that this is not really a French initiative, but a camouflaged American one.

It arouses the fury of the Israeli government, and no American president can do that if he wants -- himself or his party -- to be reelected.

There is a terrible fear haunting our government. Barack Obama abhors Netanyahu, and for good reason. But he cannot do anything against him openly -- not until midnight on election day. Whether Hillary Clinton or (God forbid) Donald Trump is elected, Obama remains in office for almost another three months after the elections -- and in this period he is as free as a bird (as the Germans would say). He can do whatever he likes. Whatever he dreamed about, day and night, for eight long years. And what he dreamed about was Binyamin Netanyahu.

Ah, the sweet revenge. But only in November. Until then he has to dance to Netanyahu's tune, unless he wants to hurt the Democratic nominee.

So what can he do in June? He can farm things out. For example, ask the French to convene a peace conference to prepare the way for recognition of the State of Palestine.

Asking the French to convene a high-ranking conference in Paris is like asking the cat if it wants some milk. You don't have to wait for an answer.

France, like Great Britain, is mourning its imperial past, when Paris was the center of the world and educated Germans and Russians, not to mention Egyptians and Vietnamese, spoke French. The passports of many nations were printed in that language.

That was the time when almost half the world appeared on the maps in French blue, while the other half appeared in British red. The time when the French diplomat Georges Picot and his British colleague Mark Sykes divided between them the Ottoman Middle East, exactly a hundred years ago this week.

Having the foreign ministers (not to mention kings and presidents) of the world congregate in one of the many beautiful palaces of Paris is a French dream. The British, in much the same situation, would like the same, but are busy with the infantile urge to leave the European Union.

Whatever, what we have now is this French initiative, a glittering assembly of foreign ministers or their representatives, demanding the resumption of the peace negotiations within a limited time frame, with the declared aim of recognizing the Palestinian state.

Related Topic(s): Benjamin Netanyahu; France; Israel; Palestinian, Add Tags
Add to My Group(s)
Go To Commenting
The views expressed herein are the sole responsibility of the author and do not necessarily reflect those of this website or its editors.