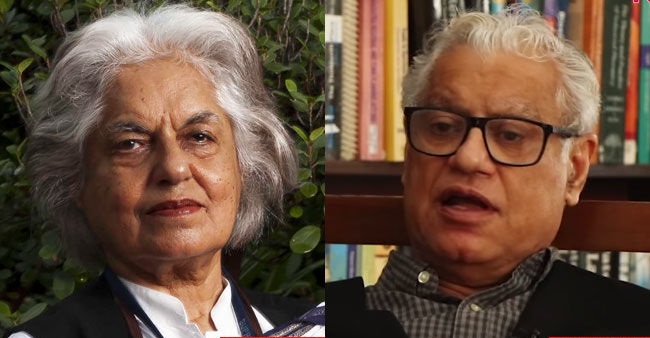 Clearly all is not well with Indian judiciary and these are anxious time for India's democracy.

In what is emerging as a divided house in public domain, barbs are being exchanged and motives assigned by practicing legal luminaries, both advocates and judges. Practically, the dirty lines of our judiciary are being washed in public.

The latest such episode is Supreme Court asking for response from an NGO, Lawyers Collective, and its operators, lawyers Indira Jaising and Anand Grover on a plea alleging FCRA violations by them.

Indira Jaising and Anand Grover, and their NGO Lawyer Collective in a press statement have cried foul and alleged that this is a case of "victimization" since Ms. Jaising took up the cause of ex-woman staffer who had leveled sexual misconduct charges against the Chief Justice of India Ranjan Gogoi which now have been rejected by an In-House Inquiry Committee earlier this week.

In these columns, reports have been published how corporate lobbies and corrupt lawyers derail justice. A young Supreme Court lawyer Vibhor Anand in series of tweet-threads has alleged that law firms which hire family members/relatives of judges act as a conduit to influence judicial processes. He has further alleged that the opaque system of Collegium appoints judges in High Court and Supreme Court on recommendations influenced by corporate lobby.

The delicious irony of this all is that the lobby which ignored CJI Ranjan Gogoi's anguish that the sexual harassment charge was an attempt to "deactivate the office of CJI" is now crying hoarse under the umbrella of "victimization." So while this could be a plot against Indira Jaising, Anand Grover and their NGO Lawyers Collective, the "plot" theory doesn't hold true when it comes to CJI Ranjan Gogoi!!! So, what is true for one, isn't true for another.

While a certain lobby of lawyers and media has worked with clockwork precision to pin CJI Ranjan Gogoi to the wall, treating ex woman-staffer has a hapless victim, no thought has been spared that the CJI himself could be a "victim" in this case. In series of columns, we have highlighted how CJI Ranjan Gogoi has been virtually declared "guilty" while not a single line has been spared to pursue his line of reasoning and argument. We have also outlined the background and the related story of a lawyer claiming he has evidence it was a plot against CJI Ranjan Gogoi.

The political machinations too have played a massive role in destabilizing judiciary. Reputed lawyer Harish Salve had reacted vehemently when an impeachment process was set in motion last year against then CJI Deepak Misra. He had slammed Congress and their lawyer-politicians for vilifying the constitutional institution.

The only way to stem the rot, Salve had opined, was for Contempt of Court Act to be used with firmness and people to be sent to jail.

Speaking to Arnab Goswami, this is what Salve had said: "I believe that it is with great hesitation that the court declined to initiate Contempt of court in the Justice Loya case and I personally think it was a mistake." With the way things were going, Salve had said, we might as well wind up the constitutional courts"if it could be vilified"without any consequences."

Salve had cited a personal instance. "I was in Ayodhya case when (Kapil) Sibal threatened to walk out of the court"it's awfully disrespectful of the court."

Damningly, Salve had said: "Now that the Congress is reduced to 44, they might use the court to destabilize the government."

Now the desperation of political survival is spreading its poison in judiciary by invoking the various lobbies they had created in the past. Lutyens Media, as ever, is pliant to their machinations and act as a forward force. In all this, the credibility of the judiciary has taken a serious beating. If judiciary goes, what survives???

Related Topic(s): Congress; Democracy; Dirty Political Tactics; Impeachment; Judges; Judiciary; Media; Misconduct, Add Tags
Add to My Group(s)
Go To Commenting
The views expressed herein are the sole responsibility of the author and do not necessarily reflect those of this website or its editors.