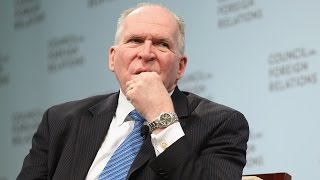 Sometime in the next four weeks, the Justice Department's inspector general will release an internal review that will reveal the origins of the Trump-Russia investigation. Among other matters, the IG's report is expected to determine "whether there was sufficient justification under existing guidelines for the FBI to have started an investigation in the first place." Critics of the Trump-collusion probe believe that there was never probable cause that a crime had been committed, therefore, there was no legal basis for launching the investigation.

The findings of the Mueller report that there was no cooperation or collusion between the Kremlin and the Trump campaign seem to underscore this broader point and suggest that the fictitious Trump-Russia connection was merely a pretext for spying on the campaign of a Beltway outsider whose political views clashed with those of the foreign policy establishment. In any event, the upcoming release of the Horowitz report will formally end the the first phase of the long-running Russiagate scandal and mark the beginning of Phase 2, in which high-profile officials from the previous administration face criminal prosecution for their role in what looks to be a botched attempt at a coup d'etat.

Here's a brief summary from political analyst, Larry C. Johnson, who previously worked at the CIA and U.S. State Department:

"The evidence is plain -- there was a broad, coordinated effort by the Obama Administration, with the help of foreign governments, to target Donald Trump and paint him as a stooge of Russia. The Mueller Report provides irrefutable evidence that the so-called Russian collusion case against Donald Trump was a deliberate fabrication by intelligence and law enforcement organizations in the US and UK and organizations aligned with the Clinton Campaign." ("How US and Foreign Intel Agencies Interfered in a US Election", Larry C. Johnson, Consortium News)

Bingo. Attorney General William Barr has already stated his belief that spying on the Trump campaign "did occur" and that, in his mind, it is "a big deal." He also reiterated his commitment to thoroughly investigate the matter in order to find out whether the spying was adequately "predicated," that is, whether the FBI followed the required protocols for such spying, or not. Barr already knows the answer to this question as he is fully aware of the fact that the FBI used information that they knew was false to obtain warrants to spy on the Trump campaign. Having no hard evidence of cooperation with the Kremlin, senior-level FBI officials and their counterparts at the Obama Justice Department used parts of an "opposition research" document (The Trump Dossier) that they knew was unreliable to procure warrants that allowed them to treat a presidential campaign the same way the intelligence agencies treat foreign enemies; using electronic surveillance, wiretapping, confidential informants and "honey trap" schemes designed to gather embarrassing or incriminating information on their target.

Barr knows all of this already, which is why the Democrats are doing everything in their power to discredit him and have him removed from office. His determination to "get to the bottom of this" is not just a threat to the FBI, it's a threat to multiple agencies that may have had a hand in this expansive domestic espionage operation including the CIA, the NSA, the DOJ, the State Department and, perhaps, even the Obama White House. No one knows yet how far up the political food-chain the skulduggery actually goes, but Barr appears to be serious about finding out.

Here's Barr again: "Many people seem to assume that the only intelligence collection that occurred was a single confidential informant... I would like to find out whether that is in fact true. It strikes me as a fairly anemic effort if that was the counterintelligence effort designed to stop the threat as it's being represented."

In other words, Barr knows that the Trump campaign was riddled with spies and he is going to do his damnedest to find out what happened. He also knows that the FISA warrants were improperly obtained using the shabby disinformation from an opposition research "hit piece" (The Steele Dossier) that was paid for by Hillary Clinton and the DNC, just like he knows that government agents had concocted a strategy for leaking classified information to the media to fuel the public hysteria. Barr knows most of what happened already. It's just a matter of compiling the research in the proper format and delivering it in a way that helps to emphasize how trusted government agents abused their power by pursuing a vicious partisan plot to either destroy the president's reputation or force him from office. Like Barr said, that's a "big deal."

The name that seems to feature larger than all others in the ongoing Trump-Russia saga, is James Comey, the former FBI Director who oversaw the spying operations that are now under investigation at the DOJ. But was Comey really the central figure in these felonious hi-jinks or was he a mere lieutenant following directives from someone more powerful than himself? While the preponderance of new evidence suggests that the FBI was deeply involved, it does not answer this crucial question. For example, just this week, a report by veteran journalist John Solomon, showed that former British spy Christopher Steele admitted to Deputy Assistant Secretary of State Kathleen Kavalec that his "Trump Dossier" was "political research," implying that the contents couldn't be trusted because they were shaped by Steele's political bias. Kavalec passed along this information to the FBI which shrugged it off and then, just days later, used the dossier to obtain warrants to spy on members of the Trump campaign. Think about that for a minute. The FBI had "written proof... that Steele had a political motive," but went ahead and used the dossier to procure the warrants anyway. That's what I'd call a premeditated felony.

But evidence of wrongdoing is not proof that Comey was the ringleader, he was just the hapless sad sack who was left holding the bag. The truth is, Comey was just a reluctant follower. The real architect of the Trump-Russia treachery was the boss-man at the nation's premier intelligence agency, the CIA. That's where the headwaters of this shameful burlesque are located, in Langley. More on that in a minute, but first check out this excerpt from an article at The Hill which sums up Comey's role fairly well:

(There) "will be an examination of whether Comey was unduly influenced by political agendas emanating from the previous White House and its director of national intelligence, CIA director and attorney general. This, above all, is what's causing the 360-degree head spin.

"There are early indicators that troubling behaviors may have occurred in all three scenarios. Barr will want to zero in on a particular area of concern: the use by the FBI of confidential human sources, whether its own or those offered up by the then-CIA director...

"In addition, the cast of characters leveraged by the FBI against the Trump campaign all appear to have their genesis as CIA sources ("assets," in agency vernacular) shared at times with the FBI. From Stefan Halper and possibly Joseph Mifsud, to Christopher Steele, to Carter Page himself, and now a mysterious 'government investigator' posing as Halper's assistant and cited in The New York Times article, legitimate questions arise as to whether Comey was manipulated into furthering a CIA political operation more than an FBI counterintelligence case." ("James Comey is in trouble and he knows it," The Hill)

Why is the Inspector General so curious as to whether Comey "was unduly influenced by political agendas emanating from the previous White House and its director of national intelligence, CIA director? And why did Comey draw from "a cast of characters ..." that "all appear to have their genesis as CIA sources"??

Related Topic(s): Conspiracy; Evidence; Intelligence; John Brennan; Presidency, Add Tags
Add to My Group(s)
Go To Commenting
The views expressed herein are the sole responsibility of the author and do not necessarily reflect those of this website or its editors.