The Director of the LAUSD Charter School Division, Jose' Cole-Gutie'rrez, would have you believe that a community can encompass almost a hundred square miles and nine different zip codes. In an email sent to explain why his subordinates are not requiring the Citizens of the World East Valley franchise to obtain approval from the district before moving into a private facility in Valley Village, he claims that the "authorized community CWC 4 [is] intended to serve" includes the area from Sun Valley to Sherman Oaks. Given the differences in the demographic and economic makeup of these many different areas, this seems to defy the dictionary definition of "a group of people living in the same place or having a particular characteristic in common." It definitely does not conform to the definition Cole-Gutie'rrez himself provided to the school board on June 20, 2020:

"We've defined 'community' as being a Community of Schools and neighborhoods in a three-mile radius."

Even within the email, Cole-Gutie'rrez cannot seem to keep his definitions straight. First, he identifies Van Nuys, Panorama City, Lake Balboa, Sherman Oaks, Valley Glen, North Hollywood, and Sun Valley as "various neighborhoods". Then he groups them together as the one "target neighborhood" that Citizens of the World is authorized to serve as if the entire San Fernando Valley east of the 405 freeway is one neighborhood. The length of this section of the freeway is over nine miles long.

It is important to note that Valley Village is not included in Jose''s list of "neighborhoods" listed on the Citizens of the World charter application. This is the community where their new school is now located. 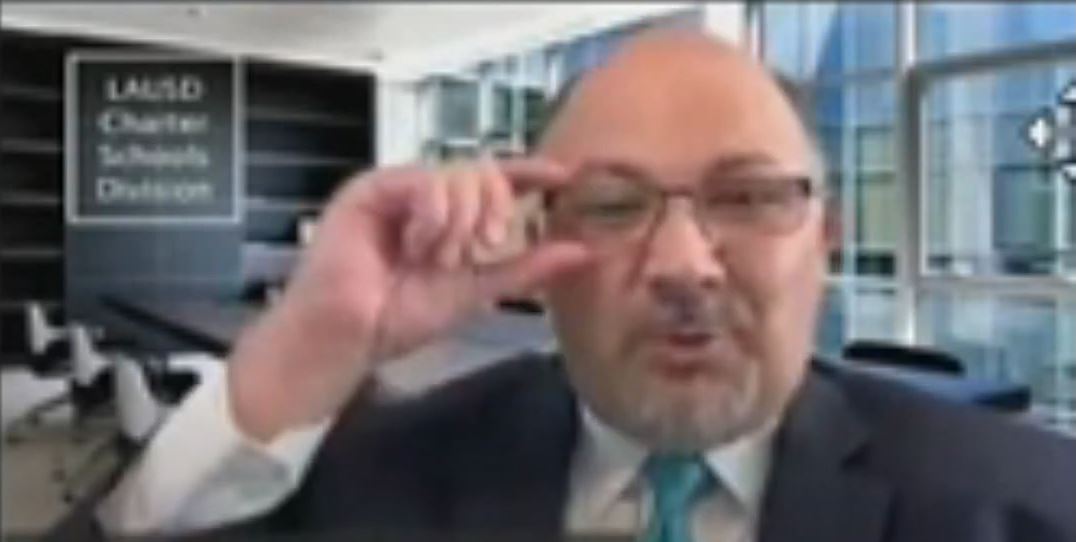 Jose' Cole-Gutie'rrez
(Image by LAUSD)   Details   DMCA
If the LAUSD's overly broad definition of "community" is accepted, then the charter application approved by the school board was incomplete and should be invalidated for not completely listing the existing schools that would be affected by the school's approval. If Citizens of the World intended to operate anywhere within the 91405, 91402, 91343, 91406, 91411, 91401, 91607, 91606, and 91605 zip codes, then their application should have included a complete list of every school within these areas. Colfax Charter Elementary School and Dixie Canyon Avenue Elementary School are two of the existing schools in those areas that were not included in the application. This oversight needs to be corrected with the amended charter application sent to the school board for approval after community input is obtained.