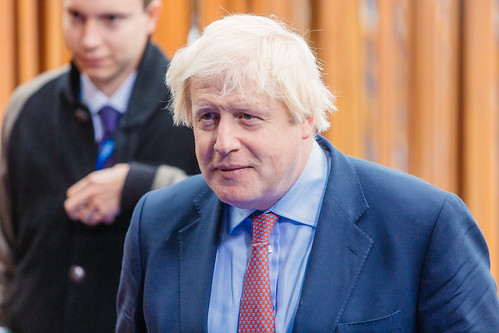 Prime Minister Boris Johnson's raft of measures to supposedly combat the escalating resurgence of the COVID-19 pandemic will do nothing of the sort.

The real aim animating the list of partial, sometimes contradictory, and always ineffectual measures is to prevent a second lockdown and protect the profits of the major corporations and banks, no matter how great the cost in human lives.

After Johnson's health advisers announced Monday that there would be 50,000 cases a day by mid-October and 200 deaths a day by November without government action, Johnson's list of measures reads like a cruel joke.

His description of a "perilous turning point," with daily coronavirus infections almost four times higher than a month ago, and the "R" rate for reinfection above 1 everywhere, is to be met with the maximum "rule of six" on personal gatherings, inside and out, restrictions on pub opening hours to 10 p.m. and table-service only, a maximum 15 people at wedding celebrations, but 30 at funerals (!), a ban on indoor team sports such as 5-a-side football, and similar palliatives. Plans to trial limited live audiences next month have been shelved and fines for individual breaches to the rules doubled to £200, and of £10,000 and possible closure for businesses found to be not "COVID-secure." Masks will become mandatory for retail and hospitality staff and for passengers in taxis.

In "a shift in emphasis," those office workers who can work from home should do so. But everyone else must get in their cars, onto buses, trams and trains and continue to work in offices, factories, distribution and retail outlets. Children, teenagers and young adults must all go to school, colleges and universities, and take their place in crowded classes, lecture halls and dorms with no social distancing and poor ventilation that will guarantee the continued explosive spread of the virus.

The restrictions may be in place for "perhaps six months," Johnson warned, before reassuring MPs, "This is by no means a return to the full lockdown in March, we are not issuing instructions to stay at home." This was a "delicate balance" between limiting infections and not damaging the economy, he said.

Similar measures have been adopted in Scotland and Wales.

The cost of this to the working class will be devastating. Arguments against lockdown prefaced on warnings of its economic cost are made cynically by a government that is intent on handing all society's wealth over to big business and the super-rich, continuing to slash jobs, wages, benefits and essential services in the process. Johnson has made no mention of extending the jobs furlough scheme or reinstating the ban on evictions during lockdown. He and his government could not care less.

Neither do those citing such concerns, including various trade union leaders, ever call for the expropriation of corporate wealth or running the economy in the interests of working people rather than the super-rich. What they invariably do is to minimize the extent of the death toll that is now threatened.

The UK yesterday recorded 4,926 new coronavirus cases, the highest total since early in May, confirming a pattern of at least a weekly doubling. And contrary to government claims, the real extent of testing is not massively greater than it was then and will not be in future. Johnson has promised a £100 billion national testing program, but his recently appointed head of testing, Baroness Dido Harding, yesterday suggested that tests will likely no longer be available on the National Health Service and would have to be purchased privately by those who need them. Moreover, in his televised broadcast last night, Johnson only spoke of his mass testing program being operational in the spring, saying, "That's the dream!"

All claims that the demographic shift in infections to the young would mean fewer deaths are already being disproved. Another 37 deaths were recorded yesterday, taking the official total to 41,825 but the more realistic estimate of total deaths to 57,636. Daily hospital admissions have more than doubled since the beginning of the month to 237. And an explosion of the pandemic in winter of the extent suggested, during the flu season, will increase the death rate per infection way beyond that recorded in the spring.

Fundamental democratic rights are also under growing threat. Johnson intends to meet the explosive social anger this will generate with state repression. During his speech, he promised, "We will provide the police and local authorities with the extra funding they need, a greater police presence on our streets, and the option to draw on military support where required to free up the police."

There is no opposition to any of this coming from the Labour Party and the trade unions. Labour leader Sir Keir Starmer said in Parliament that he backed Johnson's plans, criticising the government only for its failures on testing and lack of leadership, without specifying any alternative other than a call for a more "targeted" jobs furlough scheme as demanded by business and industry groups.

Earlier Starmer had delivered a keynote speech to the online Labour Party congress so right-wing that it could have been written as a deliberate satire. Monotonous and mind-numbing references to "my country" that "has given me so much," above all becoming the Director of Public Prosecutions and having "the privilege of leading the Crown Prosecution Service" to "our country," Britain as the "best country," "world beating," "the country I love" and to "this United Kingdom," were reinforced with pledges to safeguard the "national interest," "the security of our nation" and "national security."

Chris Marsden's work can be found on wsws.org, a website dedicated to global awareness of socialist issues & which serves as the forum for the International Committee of the Fourth International (ICFI).
Related Topic(s): Bogus Claim; Corona Virus Coronavirus Covid-19; Foreign Minister Boris Johnson; Labour Party; Lockdown; Pandemic, Add Tags
Add to My Group(s)
Go To Commenting
The views expressed herein are the sole responsibility of the author and do not necessarily reflect those of this website or its editors.