I posted a related article moments ago, another video by John Pilger, in re WW3. This is related, another video made by John, in conjunction with a most articulate woman from China, speaking about our provocations against China. A few developments have come down since this particular video, such as DT's insane tariff on Chinese imports, that is already rocking our own boat.

John's historical understanding of U.S. and other political relationships lends great credibility to his interpretations, I'd have to say "unfortunately."

The U.S. cannot seem to grasp the simple concept that is no longer "King of the Mountain"--or if it does, cannot seem to do other than proceed off the cliff, taking the world with it. As usual, I hope the hell I'm wrong.

As the late, great Dave Brower noted decades ago, "When you get to the edge of a cliff (as he'd demonstrate on stage as he mesmerized his audiences), the only sensible thing to do is stop, turn around and go the other way" (paraphrased). You'd think it couldn't much simpler, just don't ask John Bolton's ideas on it. IMO, that goon himself could use a good push. 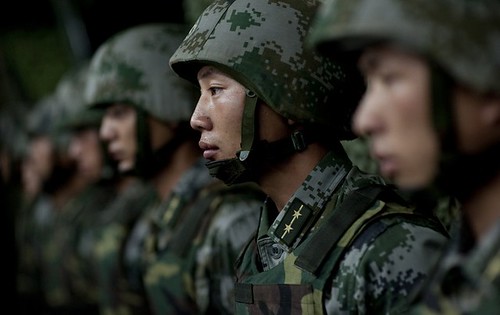 Related Topic(s): China Politics; War With China, Add Tags
Add to My Group(s)
Go To Commenting
The views expressed herein are the sole responsibility of the author and do not necessarily reflect those of this website or its editors.

CIA Agent Confesses On Deathbed: 'We Blew Up WTC7 On 9/11'...YourNewsWire.com

The Foundation of Religion Fractured, shaky, and exposed

Military Coup Has Taken Over the U.S. A., Without a Single Shot Fired

Living on Sunshine, Underground & Off the Grid.