JACQUELINE LUQMAN: This is Jacqueline Luqman with The Real News Network.

We may be witnessing the sunset, the sad sunset, of a long political career in slow motion in this 2020 Democratic primary race, one bad sound bite at a time. Of course I'm talking about Joe Biden, and his sometimes nonsensical, sometimes fanciful, and sometimes some would argue racist comments that have plagued him on this recent campaign. How is he still in the race? Will someone tell him to stop making ad hoc comments and stick to his script? Should we call the people on Joe and get him some help? And why is the media is still calling this man and his awful comments the frontrunner, and the best bet the Democrats have to beat Trump?

Here to talk about this amusing and frightening case of what could be the ungluing of a Democratic presidential candidate, from Philadelphia is Ryan Cooper. Ryan is a Staff Writer for The Week. His work all has also appeared in The Nation, Current Affairs, and The Washington Post. Ryan, thank you so much for joining me today.

RYAN COOPER: Thanks for having me.

JACQUELINE LUQMAN: So I have to start off by saying that your article in The Week about Joe Biden entitled, "Why is the Media Gaslighting America on Joe Biden?" It was my favorite article on this topic that I have read in the past couple of weeks, so I appreciate the article. The first thing I want to ask you about this, the media has had an interesting response to Biden's recent unfortunate comments. Are his comments just simple gaffes, as much of the corporate media characterizes them, or are they more than that?

RYAN COOPER: You have a man who is very used to speaking off the cuff. He's very charming, he's very funny, and he's got a certain kind of charisma to him in his interpersonal behaviors. Then you have a guy who has very clearly lost a step or two mentally. He loses the thread of what's going on. He'll forget what he's talking about. Trump does this sort of thing very consistently too where he starts in on a sentence and then he sidetracks himself, and then he forgets where he was going with the original thing and just sort of trails off.

Then I think thirdly, you have a career where Joe Biden has been firmly on the right of the party for a long time, and the party even relative to 2016 has moved very sharply to the left. Everybody is talking about the ideas of Bernie Sanders and Elizabeth Warren, and his entire career is all about credit card companies, giving them whatever they want, war on crime, mass incarceration. And so you combine those two things and you get a guy who's just popping off semi-incoherently and semi just being horribly out of step with the party. And so, he just sounds horribly inappropriate to a modern audience.

JACQUELINE LUQMAN: So it sounds to me like you're saying that he is playing the part of the angry old man who is pretty much angry that the kids have taken his party away, almost.

RYAN COOPER: Angry maybe isn't the right word. See, he's not furious, exactly. He's always very jovial in his comments, but he seems more just confused, like the way he used to be able to just riff on things and everyone would think, "Oh, it's old Uncle Joe, Diamond Joe," the Onion articles. Now it's like, not only is he saying stuff that is offensive to the modern audience, but then it sounds incoherent and strange. Like if your dad said that, you would start looking to take away his car keys, and so

JACQUELINE LUQMAN: I would take away my dad's car keys. Yes.

RYAN COOPER: Yeah. You feel bad for him in one sense, but boy, he really is not doing himself any favors. It seems as if he can't help himself. If he could keep doing this, he certainly would, but he just doesn't appear to be capable of it.

JACQUELINE LUQMAN: So let's talk about some of the things that he has recently said and why they're problems. Let's talk about the record player comment, which generated a lot of condemnation on Twitter and Facebook, and of course here in independent media. You specifically deal with this issue in your article in The Week, but the corporate media had a different response to his comment.

LINSEY DAVIS, MODERATOR: I want to come to you and talk to you about inequality in schools and race. In a conversation about how to deal with segregation in schools back in 1975, you told a reporter, "I don't feel responsible for the sins of my father and grandfather. I feel responsible for what the situation is today, for the sins of my own generation. And I'll be damned if I feel responsible to pay for what happened 300 years ago." You said that some 40 years ago, but as you stand here tonight, what responsibility do you think that Americans need to take to repair the legacy of slavery in our country? 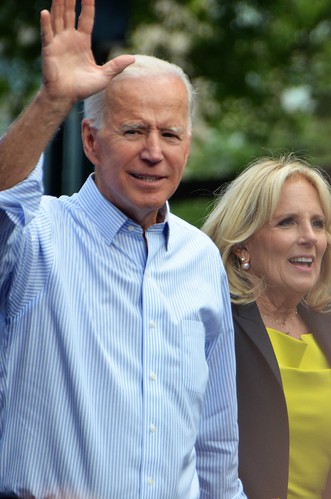 Related Topic(s): Gaffes, Add Tags
Add to My Group(s)
Go To Commenting
The views expressed herein are the sole responsibility of the author and do not necessarily reflect those of this website or its editors.