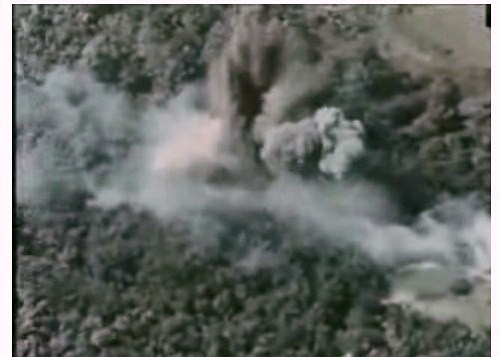 In Donald Trump, the dove and the hawk closely intertwine, sometimes appearing simultaneously. On a recent day the San Francisco Chronicle noted "his plan to withdraw all troops from Iraq as soon as possible," only inches away from reporting his administration's "demand for all U.N. sanctions on Iran to be restored." The latter story concluded by noting that "Joe Biden has said he would try to revive the [no Iran nuclear weapons] agreement." The Democratic presidential candidate went unmentioned in the first story, however. Joe Biden should do something about that.

That should not actually be all that difficult, since Biden does proclaim an intent to "end the forever wars in Afghanistan and the Middle East." But to the extent that he hopes to convince the people who seriously care about actually ending our Iraq and Afghanistan wars that he, too, seriously cares about that, he'll want to think seriously about providing some details. Understood that the unspoken conventional wisdom among the wise guys on the campaign circuit is that he already has all those people who share these concerns, because they're on the left and no way are they going with Trump.

Wrong. Right about the fact that the left ain't going with Trump; wrong in the idea that they're the only people who want to hear more about an end to endless war. There is, for one thing, a significant libertarian, anti-intervention strain in the land looking to hear someone speak to it, and an even larger group of people who know someone who has died in the nearly two decades of these wars, may not be sure they know why that someone died, and definitely don't know why it never stops. An August poll showed three quarters of respondents favoring military withdrawal from both Iraq and Afghanistan. As it is with so many issues, Trump has not really walked the walk on ending those wars or bringing our troops home, but, he continues to talk the talk. And so must Joe Biden - if he doesn't want Trump to get away with being the antiwar candidate, which he's already done once. What might Biden say? He could, for instance, announce that if any of the 5,000 American troops currently in Iraq are still there when he enters the White House, they will be home in ninety days. Or any of a number of things equally to the point.

The thought here isn't that this is necessarily the area where Biden stands to gain the most by convincing doubters that his thinking has evolved. That distinction would probably belong to health care, where as D.D. Gutenplan argues in The Nation,"the pandemic gives him more than enough cover to change his mind" on the need for universal access to health care, concluding that "Give Americans the chance to vote ourselves guaranteed health care in November, and Trump and Trumpism will be buried under the landslide."

Nor does it seem to be the case that either Iran, Iraq, or Afghanistan specifically weighs particularly heavily on the collective mind of the American people or the American electorate at this moment. But unfortunately, the question of actually ending our forever wars is not an outlier.

On most issues, when we compare the mainline positions of the Democratic and Republican parties over the years - which I'll define as the positions of their presidential and vice-presidential nominees, along with the bulk of their congressional representation - there are generally fairly clear differences, and generally differences of some significance. For instance, while Biden does not support the sweeping programs of the proposed Green New Deal, what he does propose has at least been enough for hardline environmentalist Bill McKibben to declare it "a credible start toward the necessary effort." As for the Republicans, when they're not denying that the environmental destruction going on in front of our eyes is actually happening, they're busy undoing several decades of environmental protection legislation and regulation. Likewise, while Biden's proposal to lower Medicare to age 60 and let the rest buy into the "public option" won't meet the challenge posed by the loss of health insurance of an estimated 12 million Americans in the Covid-19 economic downturn, it is nonetheless clearly preferable to the Republican stance of ... nothing. And down the line - women's rights, labor rights, gay rights, civil rights, etc., the Democrats and Biden have fairly distinguished themselves from the Republicans and Trump.

The line frequently stops at foreign policy questions, though. While almost all of the forever war's congressional opponents are Democrats, so far as their party as a whole goes, policy differences are not so decisive. Minnesota Rep. Ilhan Omar's National Defense Authorization Act amendment calling for complete U.S. military withdrawal from Afghanistan by April 29, 2021 did gain majority House Democrat support, but by only a 126 -103 margin. And among the opponents were the Democrats' Majority Leader Steny Hoyer, Majority Whip James Clyburn, Congressional Campaign Committee Chairwoman Cheri Bustos, former Clinton Administration Health and Human Services Secretary Donna Shalala, and former National Committee Chair Debbie Wasserman Schultz. (Speaker Nancy Pelosi did not vote on the amendment.) If Biden wants to speak to the country's antiwar majority, this is the murky background that he has to shine through. And even the two long-running wars are but a part of an incessant global military operation running a budget equal to the world's seven next largest combined, operating 600+ foreign military bases, routinely bombing additional countries. All this continuing unabated in the midst of a global pandemic. Millions of ears strain to hear a call to fix all of this.

Close observers of foreign policy do make the case that Biden is preferable to Trump on the overall warfare state question, but that won't count for much if it doesn't get past that circle. Joe Biden, you've got to make that case for yourself.

Related Topic(s): Biden Harris; Bombing; Democrat; Democrats; Donald Trump; Donald Trump; Iran; Medicare; Military; Trump Foreign Policy; (more...) Wars; Withdrawal, Add Tags  (less...)
Add to My Group(s)
Go To Commenting
The views expressed herein are the sole responsibility of the author and do not necessarily reflect those of this website or its editors.