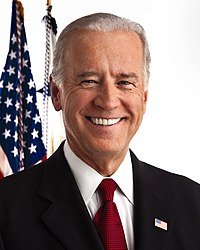 Wth Fort Sumter as the backdrop, the place where secession first reared its ugly head, South Carolina, the first state to secede, embraced an old white man from neighboring Delaware, itself a slavery state, and set the stage for Joe Biden to carry the Confederacy.

Biden has had little success in Democratic strongholds thus far, but South Carolina held the promise of a revival with its old-school southern perspectives and contempt for northern intellectualism.

South Carolina might matter to the Democrats in a presidential election year if it were not dead-red and there were no plausible scenario in which it might be in play in November's general election.

The cable news talking heads want to depict Biden's win as a product of black voter enthusiasm. But black voters in the deep South hew as much to the right side of the political spectrum as their white neighbors. They will vote for the Democrat in the general election if inspired, but they traditionally are more than happy to get on-board with more conservative and corporate-friendly establishment candidates during the primary season.

Jim Clyburn, along with his future wife Emily, embarked on his path to becoming a Civil Rights Movement icon with organizing efforts starting as early as age 12. When he and Emily were arrested in 1960, they were detained longer, being earmarked as leaders. Clyburn would indeed gravitate to leadership.

It was, however, curious to see Clyburn reject and deride Senator Bernie Sanders the candidate leading the race for the Democratic Presidential nomination as too liberal and too likely to lose. Sanders and Clyburn have something in common. Clyburn's arrest was what John Lewis likes to call "Good trouble, necessary trouble." Lewis would know: he nearly lost his life on the Edmund Pettus Bridge marching for black voting rights.

Bernie Sanders's revolution is largely intended to do what FDR did in the 1930s -- take on the corrupt and powerful interests dominating the political process in the United States. That necessarily includes getting between the politicians and the money. That's not something that elected officials, Republican or Democratic, appreciate.

Jim Clyburn is Democrats' House Majority Whip. It is the job of the Whip to whip the votes and voters into line. It's something he does very well on the part of Democratic leadership in Congress.

It worked this time in Dixie, we'll see if the blue states are moved.

Related Topic(s): Democrats; Jim Clyburn; Joe Biden; Primary; South Carolina Primary, Add Tags
Add to My Group(s)
Go To Commenting
The views expressed herein are the sole responsibility of the author and do not necessarily reflect those of this website or its editors.