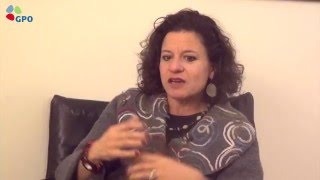 Guess who said this recently: Israel's treatment of Palestinians looks "a lot like apartheid" -- and not just in the occupied territories, but inside Israel too, where one in five citizens are Palestinian.

"I actually think the issue of apartheid is more relevant to how Arab Israelis [Palestinian citizens of Israel] are treated within the framework of the country [Israel]."

No, it wasn't Jimmy Carter, the former US president who a decade ago famously went head-to-head with the Israel lobby by publishing a book that compared Israel's policies in the occupied territories to apartheid.

The author of this even more incendiary statement is none other than Jodi Rudoren, the New York Times' decidedly soft-on-Israel Jerusalem bureau chief from 2012 until her departure 18 months ago.

Her apartheid comment is included in an interview with John Lyons, who himself served in Jerusalem for many years, in his case reporting for the Australian newspaper.

In his new memoir, Balcony Over Jerusalem, Lyons describes not only the aggressive attacks he suffered at the hands of the Australian branch of the Israel lobby but allows other senior journalists to recount their own, similar experiences.

In other words, Lyons shows that reporters covering Israel and Palestine are systematically targeted by Israel lobbyists in an attempt to pressure them and their papers into self-censorship. The goal is to skew the coverage to make Israel look much better than it would otherwise, and the Palestinians much worse.

That has tragically dangerous consequences. By seriously distorting readers' perceptions of Israel and Palestine, the lobby ensures that the conflict continues to be seen as intractable -- and continues inflicting a heavy toll on life in the region, especially Palestinian life.

The Rudoren interview indicates that the lobby's strategy has been paying handsome dividends.

The obvious question raised is this: why are we learning about Rudoren's surprising views about Israel and apartheid as an aside during a sympathetic chat with Lyons rather than prominently in the pages of the New York Times, the world's most influential newspaper?

Strangely, in her four years as Jerusalem bureau chief, Rudoren never raised the apartheid analogy. She never wrote an op-ed or analysis making that claim, or gave a voice to experts in Israel or abroad who have reached a similar view.

In fact, she never made any effort to publicize the myriad laws and administrative practices in Israel that might justify her reaching such a conclusion. If you want to understand her reasoning, you will have to look elsewhere, including to my chapter in the recent book Israel and South Africa: The Many Faces of Apartheid.

So why is this the first time we have heard Rudoren on this vital topic? Surely, if she deduced during her reporting that Israel was practising apartheid against its own (Palestinian) citizens, she had a duty to inform her readers. Not to have done so was an abdication of her responsibility as a journalist.

It is not even as though Rudoren can defend such negligence by claiming she only reached the conclusion that Israel practised apartheid on reflection, after she left the region. She departed Jerusalem for the paper's head office to become editor in charge of international coverage. She could easily have written an oped or a feature explaining why she has belatedly become such a severe critic of Israel.

Related Topic(s): AIPAC; Apartheid; Israel; Media; Palestinian; Pro-israel; Reporters, Add Tags
Add to My Group(s)
Go To Commenting
The views expressed herein are the sole responsibility of the author and do not necessarily reflect those of this website or its editors.