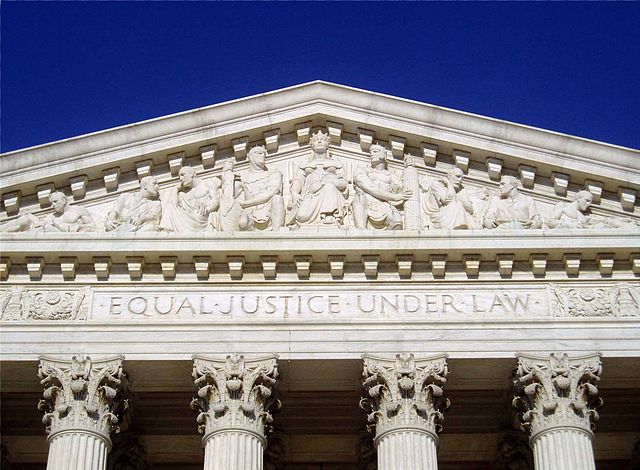 On June 23, the US Supreme Court ruled in favor of "race-conscious admissions" at America's state-operated colleges and universities. Associate Justice Anthony Kennedy, writing for the majority in Fisher v. University of Texas at Austin, holds that the form of racial discrimination known as "affirmative action" is lawful under the 14th Amendment's Equal Protection Clause.

Yes, you read that correctly. No, it doesn't make any sense at all. The whole idea of equal protection is, um, EQUAL protection. That means neither special privilege nor special punishment based on non-essentials like skin color.

When the expression "race-conscious" crosses my field of view, it's usually a safe bet that the person using it is a "white supremacist" or "white separatist" chiding those of similar skin tone for not joining him in his dislike of those of darker hue. And usually the vast majority of us see that for what it is and reject it, as we should.

Usually. But not when racial quotas and set-asides come up for consideration in the courts. Then racism suddenly becomes not just acceptable but mandatory, or at least de rigueur, in stark contrast to Dr. Martin Luther King's call for a society where we are judged on the content of our characters rather than on the color of our skins.

Does "structural" or "institutional" racism still exist, functioning so as to deprive people of color of their fair share of opportunities in our shared society? I'm not among those who dismiss the idea out of hand. In fact, I think it quite likely to be true.

Color-blindness in college and university admissions is neither the first nor the last step in eliminating racism as a factor in the availability of post-secondary education opportunities. But it is certainly a necessary step, to be taken along with, rather than after, rooting out racial bias in curriculum, teaching and testing.

It's demoralizing in this day and age to find Jim Crow alive and well in the form of state institutions demanding (and basing decisions on) disclosure of individuals' racial and ethnic backgrounds.

It's even more demoralizing -- indeed, it's beyond disgusting -- to see the US Supreme Court affirming and supporting that racial discrimination in the name of "equal protection."

Related Topic(s): Affirmative Action; Affirmative Action; Bias; Discrimination; Jim Crow Laws; Jim Crow Laws; Supreme Court SCOTUS; Universities; University Of Texas, Add Tags
Add to My Group(s)
Go To Commenting
The views expressed herein are the sole responsibility of the author and do not necessarily reflect those of this website or its editors.