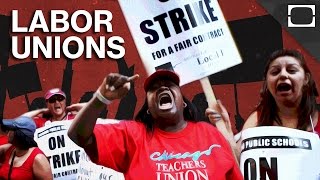 Newly installed Supreme Court Justice Neil Gorsuch uttered not a word during Monday's oral arguments in the case of Janus v. AFSCME Council 31, but he didn't need to.

The widespread assumption is that he will provide the fifth vote in a 5-4 decision to scorn decades of legal precedent and rule to gut public-sector unions. That is a central reason why Senate Republicans under Mitch McConnell stole the seat for him by refusing to allow a vote on President Obama's nominee, Merrick Garland, in 2016.

The Janus case represents the culmination of a relentless, multi-year, multi-faceted campaign of right-wing billionaires to cripple unions, particularly those of public employees. If they prevail, they will succeed in weakening unions, lowering wages and benefits for public employees, while exacerbating the savage inequality that already subverts our democracy.

The Issue Is Clear

The issue in Janus is clear. Once a majority of workers in a workplace join to create a union, the union is responsible for representing all the workers in that workplace whether they are dues paying members or not. Workers who choose not to be members benefit directly from the wages and benefits that unions win in negotiations, and can call on unions to represent them in any wage or contract disputes.

To avoid total free riders, states usually allow unions to collect "fair-share fees," representing the worker's share of the actual costs of those services. Janus, the plaintiff, a child support specialist in Illinois, argues that these fees somehow violate his right to freedom of speech.

For years, the courts have dismissed this argument. Now the new gang of five right-wing judges on the Supreme Court -- mocking their much-proclaimed opposition to judicial activism -- is prepared to throw out precedent and make their own law.

The effects are likely to be destructive. In 2011, Wisconsin eliminated the requirement that nonmembers pay fees. The portion of unionized public sector workers in the state plummeted from half to just over one-quarter in five years.

As the Economic Policy Institute has detailed, "when unions are weak the highest incomes go up even more, when unions are strong, middle incomes go up." In Wisconsin, as the 2017 State of Working Wisconsin report by COWS documents, "wages remain stagnant and inequality is growing." With the systematic assault on unions -- private and public -- the right has contributed dramatically to the decline of America's broad middle class and the devastation of working families.

The Janus case is the product of right-wing billionaires' relentless assault on working people and their unions. Billionaires like Richard Uihlein and the Koch bothers have poured hundreds of millions into reactionary candidates from the state to the national level.

Foundations like the Bradley Foundation have supported a vast armada of institutes and legal fronts to drive the assault on unions, including the Liberty Justice Center that represents Mark Janus. They've funded right-wing legal groups to educate and identify activist right-wing judges. And they've been dramatically successful.

Union membership is down to about 6.5 percent of the private workforce. And now the unions that still represent about 30 percent of public employees like police, firefighters, nurses, and teachers are in the bull's-eye.

The right loathes unions because they help lift the wages of working people, infringing on the share that goes to investors and owners. Unions educate and mobilize their members, providing critical support for progressive reforms from the Civil Rights Movement to the minimum wage. They amass small donations from members into significant contributions to those politicians, mostly Democrats, who respond to their members' interests.

The top 1 percent has doubled their share of the national income (now obscenely pocketing nearly of annual income) in large part because they've succeeded in decimating union membership.

In this battle, Democrats have too often been AWOL. New Democrats scorned unions as Neanderthal remnants of the New Deal Coalition. Liberal billionaires assail teacher unions while promoting various ways to dismantle public schools. Under Carter, Clinton and Obama, labor's efforts to reform our outmoded labor laws were defeated with each president basically sitting on the sidelines. This was and is bad policy and bad politics.

Related Topic(s): Employees; Inequality; US Supreme Court; Union Membership; Workers, Add Tags
Add to My Group(s)
Go To Commenting
The views expressed herein are the sole responsibility of the author and do not necessarily reflect those of this website or its editors.