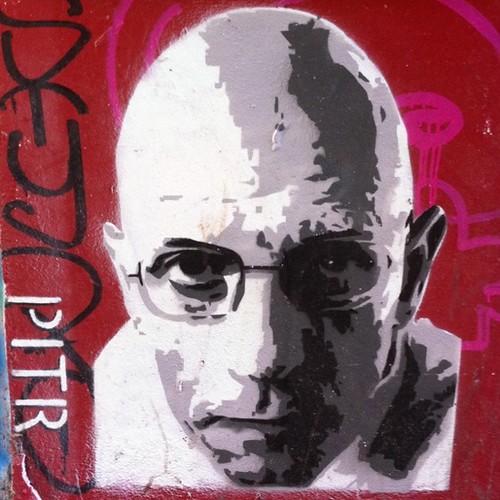 Duluth, Minnesota (OpEdNews) August 4, 2021: I recently read the 2021 400-page English translation of the French Nietzschean philosopher and cultural historian Michel Foucault's posthumously published unfinished but substantially completed book Confessions of the Flesh (orig. French ed., 2018). It is an admirably lucid and coherent close study of certain ancient Western Christian texts from the second to the fifth centuries, culminating with St. Augustine, bishop of Hippo - but without discussing Augustine's Confessions despite the obvious tie-ins with the main title and major themes of Foucault's book.

For a relevant discussion of St. Augustine's Confessions, see Stephen Greenblatt's 2017 book The Rise and Fall of Adam and Eve (New York: Norton, see the "Index" for specific page references to Augustine [pages 399-400]).

Concerning the theme of subjectification in Foucault's work (and Ong's theme of the inward turn of consciousness), also see Phillip Cary 2000 book Augustine's Invention of the Inner Self: The Legacy of a Christian Platonist (Oxford University Press).

More recently, I then read James Miller's deeply researched 1993 book The Passion of Michel Foucault - the title of which calls to mind the Passion of Jesus Christ. Overall, Miller does not cherry-pick Foucault's life or publications. Miller does not shy away from certain questionable political positions and ethical stances that Foucault embraced.

Now, we should note here that the followers of the historical Jesus strikingly resembled Cynics in their day. Even in the fictive portrayals of Jesus in the four canonical gospels, he somewhat resembles the Cynics in the first century. However, in the passion and death of Jesus portrayed in the four canonical gospels, his death strikingly resembles the death of Socrates (c.470-399 BCE).

But in Miller's chapter 11: "The Secrets of a Man" (pages 354-374), he aligns Foucault as a Nietzschean philosopher with Diogenes of Sinope (413-327 BCE), rather than with Socrates (see the "Index" for specific page references to Diogenes the Cynic [page 475]).

In any event, at the beginning of Miller's chapter 11: "The Secrets of a Man," he says, "Warned by his doctors that he [Foucault] had little time to live, he had worked feverishly to complete his History of Sexuality [book series], fighting through pain and fatigue. By the time he collapsed [on June 2, 1984], two volumes were done, with a third almost finished" (page 354).

In Miller's chapter 10: "The Scripting of the Self" (pages 319-353), he reports on Foucault's life in the early 1980s. Miller says, "As Foucault remarked in a 1983 lecture, one had to be ready to convert one's self and one's whole way of seeing the world, through 'a kind of turning round on the spot.' In order to pave the way for such 'a rupture with one's self, with one's past, with the world, and with all previous life,' it was necessary to jettison false opinions, evil masters, and old habits" (pages 325-326).

All of which sounds like how the ancient Christians Foucault discusses in Confessions of the Flesh thought of baptism.

But Foucault's use of the term convert in the passage quoted by Miller also calls to mind the discussion of conversion (intellectual, moral, and religious) in the Canadian Jesuit philosopher and theologian Bernard Lonergan's 1957 philosophical masterpiece Insight: A Study of Human Understanding, the 5th edition of which is volume 3 of the Collected Works of Bernard Lonergan, edited by Frederick E. Crowe and Robert M. Doran (University of Toronto Press, 1992).

Miller also reports that Foucault in the early 1980s was indeed making certain changes in his own life. Miller says, "In Paris, he moved his base of research from his own haunts at the Bibliotheque Nationale to the Bibliotheque du Saulchoir, a quiet modern library maintained by the Dominican order, where he could more easily immerse himself in early Christian texts" (page 326).

Related Topic(s): Biography, Add Tags
Add to My Group(s)
Go To Commenting
The views expressed herein are the sole responsibility of the author and do not necessarily reflect those of this website or its editors.