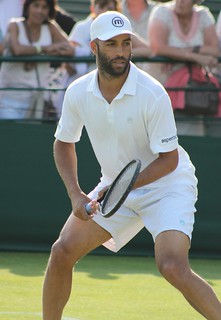 The mugging and arrest of one time top ranked tennis pro James Blake, an African-American, by a New York undercover cop is no aberration. In his 2006 book The Audacity of Hope, President Obama ticked off the standard checklist of slights and abuses that he had routinely faced; security guards tailing him as he shopped in department stores, white couples who toss him their car keys as he stands outside a restaurant waiting for the valet, police cars pulling him over for no apparent reason. Obama noted that he was subjected to these slights and insults during his college days and even after he launched his professional career. Former US Attorney General Eric Holder later told his tale of being pulled over twice as a college student driving on the New Jersey Turnpike and again as a federal prosecutor in Washington D.C.

Their point was clear. Obama, the college student and professional, and Holder, the federal prosecutor, were not immune from the harassment, targeting, possible arrest, and even in some cases violence while walking or driving while black. Obama and Holder happened to be the most glaring, and to some, surprising examples of a black professional or academic subject to police abuse. But legions of prominent blacks have had the same or worse experiences. There are no figures or studies made on just how many prominent African-Americans have been subject to abuse in public places by police when there was absolutely no evidence that a crime had been committed. Yet, in the aftermath of the slaying of Trayvon Martin, legions of prominent blacks bared their chest publicly about being embarrassed, harassed, and assailed by police, private security guards, storeowners, and clerks. Their names read like a who's who of the wealthiest and biggest names among blacks.

The susceptibility of even celebrated black men to be hauled off when there's even the slightest suspicion, mistaken or otherwise, of criminal wrongdoing has left many police officials red-faced with embarrassment when they realized their goof. This was the case with Blake. He was quickly released, and NYPD Commissioner Bill Bratton and Mayor Bill deBlasio publicly apologized to him. But it doesn't answer the question why so many black celebrities, professionals, business leaders, and even some state legislators and House representatives, and federal officials as was the case with Holder, and even black cops out of uniform, are and can be hauled or slammed to the curb and arrested at any time no matter their status or appearance?

The other answer is the bedrock of well-known stereotypes that type black men as violent, crime prone, drug peddlers, and inherently hostile to authority. Stereotypes are blanket negative depictions of an entire group regardless of the class or status of members of that group. So a police officer who sees a Blake standing in front of a midtown Manhattan hotel waiting for a cab to go make a presentation to a corporate group may not regard him as someone of stature and importance, but someone to be accosted, no matter how vague, tenuous and mistaken an identification is made of criminal activity in the area.

There's yet another reason, that's whispered, mentioned only in hushed terms, and always hotly denied by authorities. And that's it's the very prominence of the blacks who are often subject to harassment as the cause of the profiling. The finger-point at this subtle and unstated bias came to a head in a 2013 study that found that black NFL players were ten times more likely than white players to be stopped and arrested. Their arrest almost always came after traffic stops. The telling point was not the arrest, since in some of the cases the black players had committed an offense, but the stops. In almost all cases they were driving expensive, late model cars. To some officers, this instantly tagged them as a possible drug dealer or engaged in some illicit activity. To others their apparent wealth may have stirred resentment against them.

Countless studies have repeatedly underscored the fact that blacks are likely to be stopped, searched and arrested in nearly every category of crime than whites. That is irrespective of their status or prominence.

Blake's manhandling and arrest drew national attention and outrage and an apology. However, the record still shows that in that telling moment his world class tennis fame didn't shield him from being branded as just another black gangster. And that sadly has been the experience of far too many other prominent blacks.

Earl Ofari Hutchinson is an author and political analyst. He is a frequent MSNBC contributor. He is an associate editor of New America Media. He is a weekly co-host of the Al Sharpton Show on American Urban Radio Network. He is the host of the weekly Hutchinson Report on KTYM 1460 AM Los Angeles and KPFK 90.7 FM Los Angeles and the Pacifica Network.

Earl Ofari Hutchinson is a nationally acclaimed author and political analyst. He has authored ten books; his articles are published in newspapers and magazines nationally in the United States. Three of his books have been published in other (more...)
Related Topic(s): Racial Profiling, Add Tags
Add to My Group(s)
Go To Commenting
The views expressed herein are the sole responsibility of the author and do not necessarily reflect those of this website or its editors.