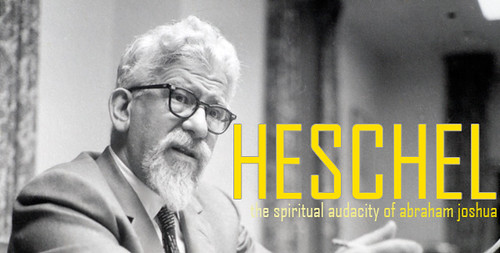 Duluth, Minnesota (OpEdNews) December 1, 2020: To establish where I am coming from, as they say, I must begin my review of the American Jesuit James William Bernauer's new 2020 book Jesuit Kaddish: Jesuits, Jews, and Holocaust Remembrance (University of Notre Dame Press) with a confession of a sort.

Between September 1987 and the end of May 2009, I regularly taught Advanced Writing courses at the University of Minnesota Duluth. In those courses, I emphasized revision. I frequently used Richard A. Lanham's terminology about the official style (also known as the bureaucratic style and as bureaucratese and officialese).

In my estimate, certain parts of Bernauer's book cry out for careful and intelligent revision of its convoluted sentence structures, most notably in the "Personal Prelude" (pages ix-xxx) and Chapter One (pages 1-24) and Chapter Two (pages 25-50) - after which Bernauer becomes a bit less convoluted in Chapter Three (pages 51-102) and Chapter Four (pages 103-123), but he still uses overly long sentences in those latter two chapters. Hemingway, Bernauer is not! He uses short sentences only sparingly.

Now, one book that admirably escapes what Lanham criticizes as bureaucratese is the American Jesuit-educated lay Catholic Thomas Cahill's 1998 accessible book The Gifts of the Jews: How a Tribe of Desert Nomads Changed the Way Everyone Thinks and Feels (Talese/ Doubleday).

For example, here is the gentile Cahill's admirably lucid concluding paragraph: "The Jews gave us the Outside and the Inside - our outlook and our inner life. We can hardly get up in the morning or cross the street without being Jewish. We dream Jewish dreams and hope Jewish hopes. Most of our best words, in fact - new, adventure, surprise; unique, individual, person, vocation; time, history, future; freedom, progress, spirit; faith, hope, justice - are the gifts of the Jews" (pages 240-241; his italics).

Now, not to be outdone by the gentile Cahill in identifying the life-changing gifts of the Jews, the late Rabbi Lord Jonathan Sacks (1948-2020) identifies fifty-six life-changing ideas in Judaism's Five Books of Moses in his second new 2020 book Judaism's Life-Changing Ideas: A Weekly Reading of the Jewish Bible (Maggid).

Ah, but the gentile Cahill's book is a popularization of the cultural history of the ancient Israelites, not a book published by the prestigious University of Notre Dame Press, as the Jesuit-educated Bernauer's new 2020 book is.

In sharp contrast with the gentile Cahill's refreshing admirably lucid style, we have Bernauer's bureaucratese. Ah, but does Bernauer himself explain his bureaucratic writing style? Perhaps he does - but inadvertently.

On page xxii, Bernauer says that "one of my goals for this volume is to establish the need and rationale" for the Society of Jesus as a collective corporate entity to issue a formal and official apology to Jews for the contributions of various Jesuits over the centuries to contempt for the Jews collectively as alleged deicides and to supersessionist theology that culminated in the Holocaust. In the meantime, while the world awaits the formal and official Jesuit apology to the Jews, Bernauer has formulated a suitable prayer for Jesuits to pray (pages 122-123).

Now, because Jesuits are notoriously argumentative, one Jesuit advancing such an argument had better watch his step! Hence, Bernauer's bureaucratese may be his way of watching his step in a minefield, eh?

But why is this one of Bernauer's goals? I will here paraphrase something that he quotes the former president of the Federal Republic of Germany, Richard von Weizsacker as saying (page 18). We Germans (or in Bernaur's case, we Jesuits) seek reconciliation with our Jewish compatriots. But there can be no reconciliation with them without remembering what happened to Jews in the Holocaust. This is a very Jesuit-y sentiment. You see, Jesuits, like other Catholics, are urged to remember their sins in the sacrament of reconciliation (formerly known as the sacrament of penance).

Now, Bernauer (born in New York City in 1944; Ph.D. in philosophy, the State University of New York, Stony Brook, 1981; now professor of philosophy emeritus at Boston College) has also published the book Michel Foucault's Force of Flight: Toward an Ethics for Thought (Humanities Press, 1990). In addition, Bernauer is the co-editor of the book Michel Foucault and Theology: The Politics of Religious Experience (Ashgate, 2004), and the co-editor of the book The Tragic Couple: Encounters Between Jews and Jesuits (Brill, 2013).

Now, even though Bernauer's carefully constructed text in his new 2020 book features a carefully selected broad array of quotations from various sources about sundry issues, I especially liked Bernauer's quotation from the Jesuit New Testament scholar Daniel Harrington in a 2011 book: "'When and where the ways between Christianity and Judaism parted definitively, I cannot say. But it does seem that the seeds planted in the New Testament contributed to this eventual development. Yet history need not be destiny. While we cannot repair the breach, we can understand it and try to formulate a new and more appropriate relationship for the twenty-first century and beyond'" (quoted on page 116).

Related Topic(s): Catholic; Christianity; Ethics; Faith; Holocaust; Jesus; People; Philosophy; Pluralism; Pluralism; (more...) Presence; Rabbi; Religion, Add Tags  (less...)
Add to My Group(s)
Go To Commenting
The views expressed herein are the sole responsibility of the author and do not necessarily reflect those of this website or its editors.