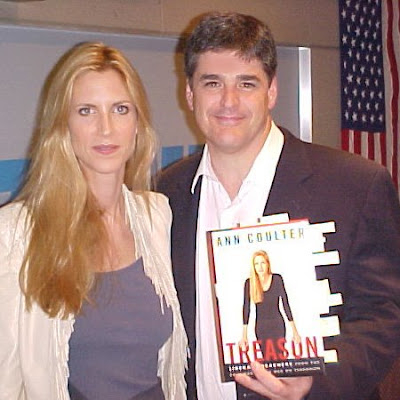 (Image by Unknown Owner)   Details   DMCA
Frank Rich (photo left) is my favorite columnist. Early every Sunday morning - before I even brush my teeth - the first thing I do after I open my eyes is run to my computer to read what the Frankster, a former Broadway critic turned political commentator, has to say about the abysmal state of the nation. Yesterday's column, entitled "The Culture Warriors Get Laid Off" was a typical gem of an exceedingly frank Richism from which I quote:

"What has happened between 2001 and 2009 to so radically change the cultural climate? Here, at last, is one piece of good news in our global economic meltdown: Americans have less and less patience for the intrusive and divisive moral scolds who thrived in the bubbles of the Clinton and Bush years. Culture wars are a luxury the country--the G.O.P. included--can no longer afford".

The nicest thing about Mr. Frank's very nice column is that he encourages his on-line readers to become part of the dialogue and offers a forum where they - we - can post our own opinions. Occasionally (if I behave myself and refrain from the naughty invective for which I am not unknown) he'll even allow the likes of me to become part of the discussion. So it was yesterday:

"The morality police - the bloviating gas bags of the religious right - have fallen lower than the stock market. I agree with Frank Rich that this can only be a good thing....It has truly been an amazing (and amusing) thing to watch these so-called "spokesmen of Christ" defending the morally indefensible these past thirty years. And now - finally - they're going away. It seems an answer to a prayer. Thank you, Lord."

From the Gospel According to Matthew

As Rich pointed out, one of the first casualties of the stock market crash of 1929 were the holier-than-thou fools who, ten years before, had forced the Eighteenth Amendment down the throats of the American people. That stupid law, which banned the use and sale of alcohol nationwide, guaranteed the rise of the organized crime syndicates that are still a parasite on our social fabric ninety years later. After 1929, the jackals and jackasses who made that situation possible ("The Drys" they were called, damned near all of them Republicans - Surprise! Surprise!) became political pariahs; forever exiled from serious participation in America's national conversation. "The Wets", those who favored repealing the Eighteenth Amendment, won the day.

This week, the ideological heirs of The Drys, Rush Limbaugh, Sean Hannity, Ann Coulter - that crowd - seem to be in a state of maniacal panic. They can see the proverbial writing on the wall. The American people, after thirty years of blissful slumber deep in their sweet little Right Wing Coma, have awakened to the nasty reality of the social and economic carnage of the Reagan/Bush/Clinton/Bush years. On Election Day last, they wisely decided to take a turn to the left.

Watching the Conservative spin machine go into overdrive this week was a truly funny thing to behold. God bless 'em! They were all right on message with their pathetic little talking points! From Limbaugh telling an audience of wild-eyed sycophantic robots that he wanted to see our new president fail - to Mitch McConnell standing up on the floor of the senate saying that the New Deal was a total failure - it was the kind of moment where one is truly torn between two competing desires: To vomit - or not to vomit. That is the question.

But my particular favorite moment was yesterday morning watching Dick Cheney being interviewed by CNN's John King. I have to give a tip of the hat to Cheney. When he was (quite literally) wheeled out of the White House on Inauguration Day, I was a little overcome with emotion. I really was going to miss the gales of accidental comedy which he so effortlessly and generously provided me during the previous eight, long years. Not to worry, Degan! The hideous old pervert just refuses to go away. I'm so utterly consumed with happiness, I could weep with joy. In fact, I think I will - Excuse me....

Cheney's interview on CNN yesterday was an absolute hoot and a half! For someone like me who spends his spare time siphoning the political streams for little golden nuggets of unintentional humor, it was a strike even I could not have anticipated. I stood up in my living room in front of the television and yelled out as loud as I possibly could:

Who (or what) do you think Dick Cheney held responsible for the utter implosion of the American economy? Could it have possibly been the result of thirty years of mindless deregulation and greed on the part of Republican (and more than a few Democratic) politicians and Wall Street operators? Might the blame lie with an administration that pissed away a trillion dollars of our country's treasure on a unnecessary, stupid war that never should have been fought in the first place? Might it have been the fact that while this incredibly expensive war was draining the economy these a**holes were giving a tax break to a class of people who already had more money than they knew what to do with? Or might it have something to do with the fact that for three long decades, they utterly neglected America's decimated infrastructure?

Nah! It was none of that!

So at whose doorstep did the former vice-president lay the blame for the cataclysmic meltdown that the American economy is now experiencing? Barack Obama. That's right! You heard me! Barack Obama. Honestly, I'm not makin this stuff up, folks!

Tom Degan is a former Green Party candidate for New York State Senate. He writes on a blogsite called, The Rant by Tom Degan. He is the recipient of the Presidential Medal of Freedom.....Okay, he didn't really receive the Presidential Medal of (more...)
Related Topic(s): Democracy; Democracy; Deregulation-Regulation; Economic; Humor; Marx; Michelle; Money; Police; Politicians; (more...) Republican; Revolution; Satire; State; Vice-president, Add Tags  (less...)
Add to My Group(s)
Go To Commenting
The views expressed herein are the sole responsibility of the author and do not necessarily reflect those of this website or its editors.