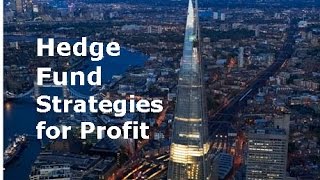 The latest tale of the well-connected rich is a study, by Markov Processes International, of the 10-year returns of the endowments of the 10 Ivy League schools. The study found that all 10 endowments had lower returns than a simple mix of 60 percent stock index funds and 40 percent bonds. In some cases the gap was substantial. Harvard set the mark with its annual returns lagging a simple 60-40 portfolio by more than three percentage points.

This dismal track record is a big deal because these endowments invest heavily in what is called "alternative investments," primarily hedge funds and private equity funds. The people who run these funds often make tens of millions a year, in some cases hundreds of millions a year.

The rationale for these astronomical salaries is supposed to be their ability to produce out-sized returns. The partners in these funds claim that they can earn far more for endowments and other investors than simple investment strategies, like buying index funds.

This analysis shows that high returns have not been the story in the last decade. While the people managing these funds pocketed huge salaries, they had nothing to show for it in terms of performance. In fact, they actually cost the schools money. Harvard, Yale and the rest of this elite set were paying millions of dollars to hedge fund managers who were losing the schools' money.

To get a sense of how much is at stake, a standard hedge fund contract pays the fund manager 2 percent of the assets under management every year, plus 20 percent of returns over a target rate. If Harvard's $40 billion endowment were entirely managed by hedge funds, they would get $800 million in fees, plus 20 percent of the endowment's earnings over some threshold. If Harvard's endowment beat its threshold by 5 percentage points (it almost certainly did not), the hedge fund partners would pocket an additional $400 million for a total of $1.2 billion. This is enough to pay annual tuition for more than 2,500 students.

Since the endowment returns actually trailed a simple stock-bond mix, hedge funds presumably did not meet their return thresholds. In this case, in the Harvard 100 percent hedge fund investment scenario, the hedge funds still would have pocketed $800 million. That's a pretty good paycheck for losing the school billions on its endowment. If the full $136 billion of the 10 Ivies were invested with hedge funds it would mean $2.7 billion annually for hedge funds, even if they didn't meet investment thresholds.

Unfortunately, the Ivies are not the only institutions that see handing money to high rollers in the financial sector as one of their main functions. State and local pension funds also play this game in a big way. The beneficiaries are more often private equity partners, but the basic story is the same: people who make themselves very rich by playing financial games. And, as with the hedge fund folks and the Ivies, they do not provide the promised returns.

Trying to get the Ivy League schools and the pension funds to focus on maximizing returns instead of giving money to rich financial types will be a tough change to put in place. These people are very well connected.

The hedge fund folks like to give money back to schools. They get buildings named after them and university presidents get to have big ceremonies announcing the donations. And they are all friends. It's the same story with state and local pension funds, except in that case the private equity partners are big campaign contributors and of course good friends of the people who manage these funds.

A good first step would be requiring disclosure of the terms of contracts. Both the hedge fund folks and private equity crew insist that they need to keep the terms of their contracts secret in order to work their magic.

Universities and pension funds don't have to accept this nonsense. Let's put the terms of the contracts, along with year-by-year reporting on returns up on the web. That way everyone can see the magic that the hedge and private funds are able to produce on a timely basis. This seems like a minimal first step.

Dr. Dean Baker is a macroeconomist and Co-Director of the Center for Economic and Policy Research in Washington, D.C. He previously worked as a senior economist at the Economic Policy Institute and an assistant professor at Bucknell University. (more...)
Related Topic(s): Fed Chairman; Financial; Funding; Hedge Funds; Schools, Add Tags
Add to My Group(s)
Go To Commenting
The views expressed herein are the sole responsibility of the author and do not necessarily reflect those of this website or its editors.